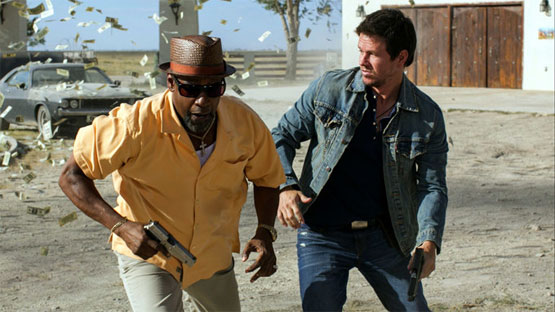 Denzel Washington and Mark Wahlberg lead an all-star cast in 2 Guns, an explosive action film that tracks two operatives from competing bureaus who are forced on the run together.  But there is a big problem with their unexpected partnership: Neither knows that the other is an undercover federal agent. 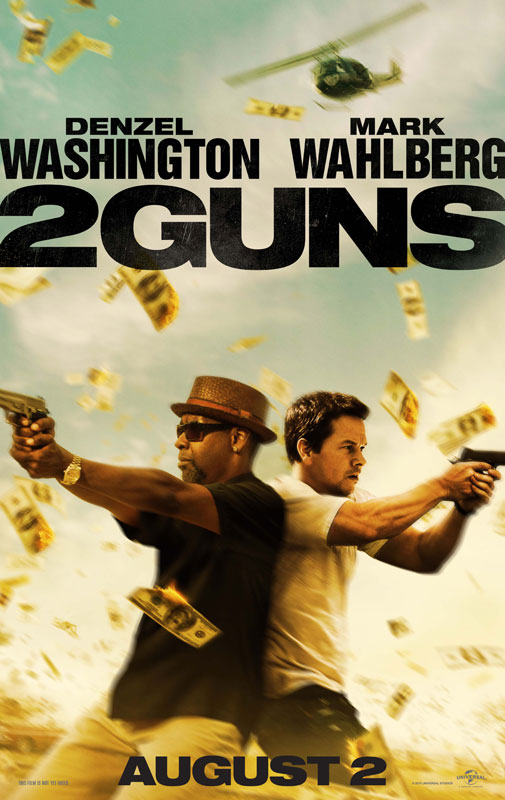 Eight weeks of photography took place in Louisiana, where existing locations brought life to the rich interior world of 2 Guns.

BOOM! Studios published the first issue of writer Steven Grant and artist MATEUS SANTOLOUCO’s explosive five-issue miniseries, “2 Guns,” in 2008.  Producer Marc Platt, who has shepherded to the big screen action hits such as Wanted and Drive, was keen to develop the graphic novel series brought to him by his colleague, fellow 2 Guns producer Adam Siegel. To develop the story into a film, Platt and Siegel found a writer who could turn this crime story series—replete with much humor and multiple twists—into a taut script.  Explains Siegel: “I was a big fan of Blake Masters’ work on the television drama Brotherhood“

Fresh off of three seasons on an award-winning show, Blake Masters jumped at the chance to work on fare that was a bit lighter.  “2 Guns is twisted in its own way, but I instantly saw the spine of the story and the chance to create some great characters in this world that the graphic novel set up,” he offers.

After portraying a series of intense characters in recent years, Denzel Washington was searching for some humor in his next role.  He found that in agent Bobby Trench.

2 Guns was shot on location in New Mexico and Louisiana, the latter doubling for Texas.  Although the actioner was conceived as a Western in the classic sense—i.e., most of the exteriors were filmed in the wide-open spaces of New Mexico—much of the intense interaction was captured in and around New Orleans.

As well, director of photography Oliver Wood was an early key hire.  Wood not only created the reality-based aesthetic featured so prominently in the first three chapters of the Bourne series, he also lensed Denzel Washington in Safe House and Mark Wahlberg in The Other Guys.