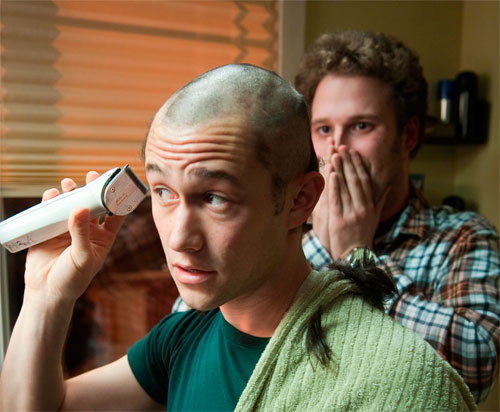 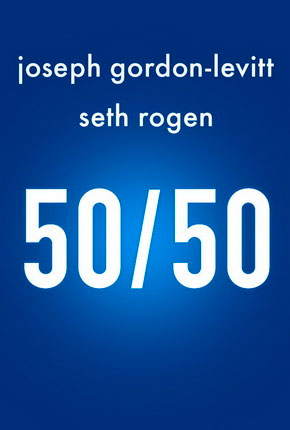 James McAvoy was first cast as Adam in 50/50, but had to drop out due to personal conflicts. Joseph Gordon-Levitt replaced him

Inspired by personal experiences, 50/50 is an original story about friendship, love, survival and finding humor in unlikely places. Joseph Gordon-Levitt and Seth Rogen star as best friends whose lives are changed by a cancer diagnosis. Rogen also serves as producer, along with Evan Goldberg and Ben Karlin. Jonathan Levine directs from a script by Will Reiser.

“We worked with Will on Da Ali G show, and it was shortly after that we learned he was sick.” Rogen recalls. “As shocking, sad, confusing and generally screwed up as it was; we couldn’t ignore that because we were so ill-equipped to deal with the situation, funny things kept happening. Will got better, and when he did, we thought the best way to pull something good out of the situation was to get him to write a screenplay. Ideally we wanted to make a film that would be as funny, sad, and hopefully as honest as the experience we went through. As soon as the script was completed, it quickly became a passion project for all of us. It helped us come to terms with Will’s struggle as well as our own experiences.”

50/50 is the story of a guy’s transformative and, yes, sometimes funny journey to health. 50/50 draws its emotional core from Will Reiser’s own experience with cancer and reminds us that friendship and love, no matter what bizarre turns they take, are the greatest healers.

The film was originally going to be called I’m With Cancer, before it was announced that this was a working title. The film was later renamed as Live With It, and later, 50/50. James McAvoy was originally going to play the lead role before he left the film due to personal reasons and was replaced by Joseph Gordon-Levitt.  Filming occurred from 22 February 2010 to 31 March 2010.