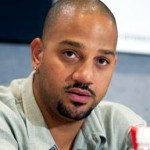 Allen and his brother Albert, known as the Hughes Brothers, are responsible for shaping the image of Tupac Shakur at the start of his career, directing Shakur’s first three music videos.

Allen Hughes is an acclaimed filmmaker whose major leap into the entertainment industry came with his and twin brother Albert’s jolting debut as the 20-year-old creators/directors of MENACE II SOCIETY. The film’s compelling, realistic look at inner-city life garnered international critical acclaim and put them on the map as major filmmakers.

Allen Hughes was born in Detroit, Michigan to an African American father and an Armenian American mother, Aida, whose family were Iranian Armenians from Tehran. Allen began making home movies at age 12.

Although Allen and his twin brother had been making short films at home, it wasn’t until Allen took a TV production class in high school that his flair for storytelling and natural filmmaking abilities were recognized. After he made a short film entitled “How to be a Burglar,” Allen’s teacher realized he had talent beyond his years and linked him in with the school’s public access channel. Allen went on to produce and star in three shows for the channel, which helped introduce him to a wider audience, and he and his brother began directing music videos shortly after.

It was on the set of a music video that Allen met and befriended the late rapper Easy-E, who had been a big influence on Allen growing up — not just because of his music, but because of the ways he dealt with theme and concept as a storyteller. Allen Hughes credits Easy-E with teaching him how to set himself apart from others and harvest his uniqueness.