Another Earth is a 2011 American science fiction drama film directed by Mike Cahill in his feature film debut. The film stars William Mapother and Brit Marling. It premiered at the 27th Sundance Film Festival in January 2011 and distributed by Fox Searchlight Pictures. 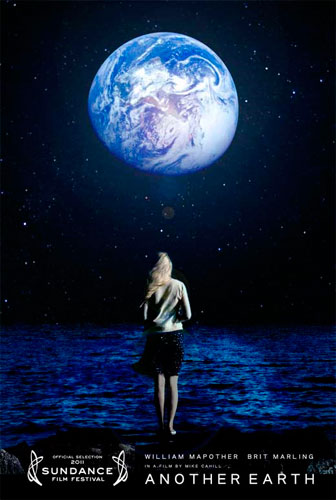 Another Earth Soundtracks is performed by Natalia Paruz

Rhoda Williams, a bright young woman accepted into MIT’s astrophysics program, aspires to explore the cosmos. A brilliant composer, John Burroughs, has just reached the pinnacle of his profession and is about to have a second child with his loving wife. On the eve of the discovery of a duplicate Earth, tragedy strikes and the lives of these strangers become irrevocably intertwined. Estranged from the world and the selves they once knew, the two outsiders begin an unlikely love affair and reawaken to life. But when one is presented with the chance of a lifetime opportunity to travel to the other Earth and embrace an alternative reality, which new life will they choose?

Another Earth had its world premiere at the 27th Sundance Film Festival in January 2011. It was released in dramatic competition. Variety reported, “[It] has been deemed one of the more highly praised pics of the fest as it received a standing ovation after the screening and strong word of mouth from buyers and festgoers.” The distributor Fox Searchlight Pictures won distribution rights to the film in a deal worth $1.5 million to $2 million, beating out other distributors including Focus Features and The Weinstein Company. The film subsequently won the Alfred P. Sloan Prize for “focusing on science or technology as a theme, or depicting a scientist, engineer or mathematician as a major character“.