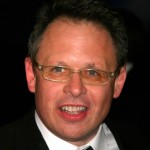 Bill Condon gained a lot of attention in 2010 when it was announced that he would direct both parts of The Twilight Saga: Breaking Dawn adapted from the fourth and final novel in The Twilight Saga by Stephenie Meyer.

William “Bill” Condon (born October 22, 1955) is an American screenwriter and director. In 1998, Condon debuted as a screenwriter with Gods and Monsters, which won him his first Academy Award. He was also nominated for Chicago. In 2006, Condon won a Golden Globe for his film Dreamgirls, which he wrote and directed. Bill Condon’s films have been both commercial and critical successes.

Bill Condon was born in New York City, the son of a detective, and was raised in an Irish Catholic family. He attended Regis High School and Columbia College of Columbia University, where he studied philosophy. He is also openly gay, and previously dated Ryan Murphy.

After earning his Bachelor of Arts degree, Condon began to work as a journalist for film magazines including American Film and Millimeter.

Condon is a member of the Independent Feature Projects (IFP) in Los Angeles, a non-profit organization which supports independent films, as well as the Independent Writers Steering Committee, which was initiated by the Writers Guild of America (WGA).