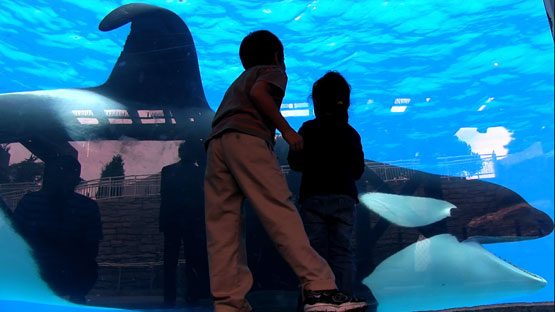 Many of us have experienced the excitement and awe of watching 8,000 pound orcas, or “killer whales,” soar out of the water and fly through the air at sea parks, as if in perfect harmony with their trainers. 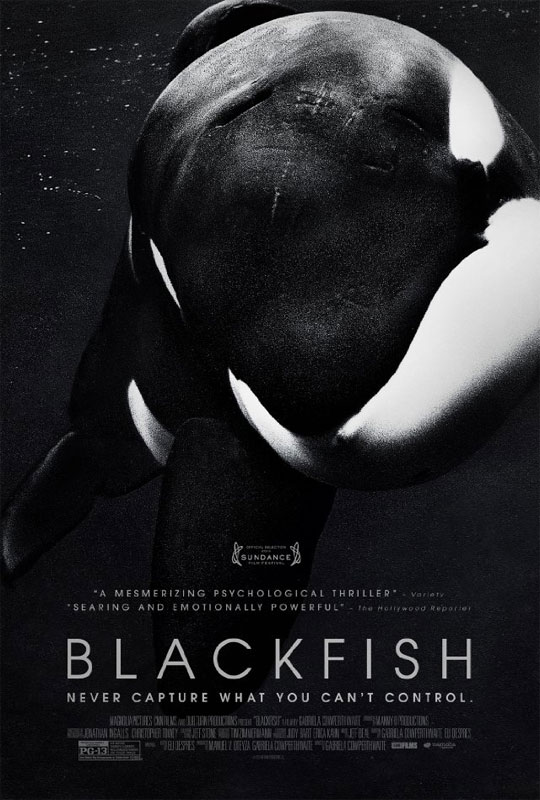 Worries over the safety of mixing killer whales with human trainers in the same tank of water at SeaWorld are, of course, not unfounded. There have been numerous incidents – besides Brancheau’s death – as seen in BLACKFISH.

Yet this mighty black and white mammal has many sides – a majestic, friendly giant, seemingly eager to take trainers for a ride around the pool, yet shockingly – and unpredictably – able to turn on them at a moment’s notice.  BLACKFISH unravels the complexities of this dichotomy, employing the story of notorious performing whale Tilikum, who – unlike any orca in the wild – has taken the lives of several people while in captivity. So what went wrong?

In BLACKFISH, writer/director GABRIELA COWPERTHWAITE not only tells their story, but, through their words and those of renowned and respected whale experts and educators, that of Tilikum himself.  Viewers come to understand the complex social and emotional lives of the majestic orcas, enabling them to begin to comprehend the effects removing them from their natural environments can have on the creatures.

Tilikum’s story is told from the time of his initial capture in the North Atlantic in 1983 at approximately two years of age, to his first non-ocean “home” at another park, Sealand of The Pacific, where, in 1991, he was responsible for killing trainer KELTIE BYRNE.  Shortly after, he was sold to SeaWorld Orlando, where trainers were largely kept in the dark about the whale’s involvement in Byrne’s death and permitted to work closely with him.  They share with the audience the “party line” of incorrect whale facts given to park visitors – from diminished whale lifespans to whales performing tricks (or “behaviors,” in SeaWorldspeak) because “they want to.”

Several whale attacks are seen and explained, including a particularly harrowing one involving trainer KEN PETERS, who skillfully – and miraculously – survived the grip of a killer whale who refused to release him, dragging him to the bottom of the park’s tank repeatedly for long periods over a torturous 12 minute session of seemingly inexplicable misbehavior.