Boyz n the Hood is a 1991 American hood film written and directed by John Singleton. Starring Cuba Gooding, Jr., Ice Cube, Laurence Fishburne, Morris Chestnut, Nia Long, Angela Bassett and Regina King, the film depicts life in poor South Central (now South) Los Angeles, California and was filmed and released in the summer of 1991. It was nominated for both Best Director and Original Screenplay during the 1991 Academy Awards, making Singleton the youngest person ever nominated for Best Director and the first African–American to be nominated for the award. 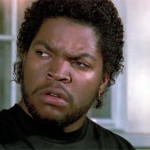 The film was screened in the Un Certain Regard section at the 1991 Cannes Film Festival.

Before the opening scene of Boyz n the Hood, two messages flash across the screen: “one out of every twenty-one black American males will be murdered in their lifetime.” and “Most will die at the hands of another black male.”

In 2002, the United States Library of Congress deemed the film “culturally significant” and selected it for preservation in the National Film Registry.

The most important theme is the benefit of a strong father figure on young black males. Of Tré, Ricky, and Doughboy, only Tré’s father is present in his everyday life (Ricky and Doughboy, though brothers, have different fathers). He leads a very different life than his two friends because of his father’s guidance. His decisions, especially not to partake in the revenge of Ricky’s death, happen because of the morals instilled in him.

The film also deals largely with the seemingly unstoppable violence that plagues urban life. It is set in South Central Los Angeles, where Tré’s father owns a house. The neighborhood is a violent one; the sounds of shootings and patrolling helicopters are heard often and even something as common as a passing car can mean death. The police that patrol the neighborhood seem indifferent to the notion of preventing crime.

Early in the film Furious frightens off a would-be thief with the pistol he keeps under his bed. The police, arriving an hour after Furious’ call, do not seem concerned about the effect of the crime on the people they are supposed to protect. Additionally, the African American officer possesses a combative personality and has a tense exchange with Furious about the proper execution of his job.

As a teenager, Tré is pulled over by the same policeman while fleeing gunfire on Crenshaw Avenue and the officer threatens him with his pistol, an act of police brutality. This officer was based on a self-loathing black officer encountered by John Singleton while growing up in South Central Los Angeles.

The officer’s remarks to Tré’s father at the beginning of the movie (the officer wishes Furious’ shot would have killed the man) show that law enforcement is lazy and corrupt. Perhaps the lack of police justice is one reason for the climactic scene at the end of the movie with Doughboy and Ferris. Doughboy hesitates before killing the gang leader, however he knows that justice will not be served unless he takes matters into his own hands.

Other themes present but not covered as extensively include gentrification of poor neighborhoods, drug abuse, assault weapons, inequality in college admission, and cultural bias in standardized testing.