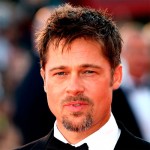 Following a high-profile relationship with actress Gwyneth Paltrow, Pitt was married to actress Jennifer Aniston for five years. Brad Pitt lives with actress Angelina Jolie in a relationship that has attracted wide publicity. He and Jolie have six children—Maddox, Pax, Zahara, Shiloh, Knox, and Vivienne.

William Bradley “Brad” Pitt (born December 18, 1963) is an American actor and film producer. Pitt has received four Academy Award nominations and five Golden Globe Award nominations, winning one Golden Globe. He has been described as one of the world’s most attractive men, a label for which he has received substantial media attention. Brad Pitt first gained recognition as a cowboy hitchhiker in the road movie Thelma & Louise (1991).

William Bradley “Brad” Pitt is the son of Jane Etta (née Hillhouse), a high school counselor, and William Alvin Pitt, a truck company owner, and was born in Shawnee, Oklahoma. The family soon moved to Springfield, Missouri, where he lived together with his younger siblings, Doug (born 1966) and Julie Neal (born 1969). Born into a conservative household, he was raised as Southern Baptist, although he has since described himself as oscillating between atheism and agnosticism.

Brad Pitt has stated that his family’s ancestry consists of “probably… Irish-Scots-Germans who settled in the area… I know we have some Seminole, and some Cherokee Indian, in us”. Brad Pitt has described Springfield as “Mark Twain country, Jesse James country”, having grown up with “a lot of hills, a lot of lakes”.

While struggling to establish himself in Los Angeles, Pitt took lessons from acting coach Roy London. Brad Pitt’s onscreen career began in 1987, with uncredited parts in the films No Way Out, No Man’s Land and Less Than Zero. His television debut came in May 1987 with a two-episode role on the NBC soap opera Another World. In November of the same year Pitt had a guest appearance on the ABC sitcom Growing Pains. He appeared in four episodes of the CBS primetime series Dallas between December 1987 and February 1988 as Randy, the boyfriend of Charlie Wade (played by Shalane McCall).

The four-year-old daughter of Angelina Jolie and Brad Pitt has reportedly landed her first film role. According to The Sun, Vivienne Jolie-Pitt will play Princess Aurora, Jolie’s on-screen-daughter, in upcoming fantasy film Maleficent.