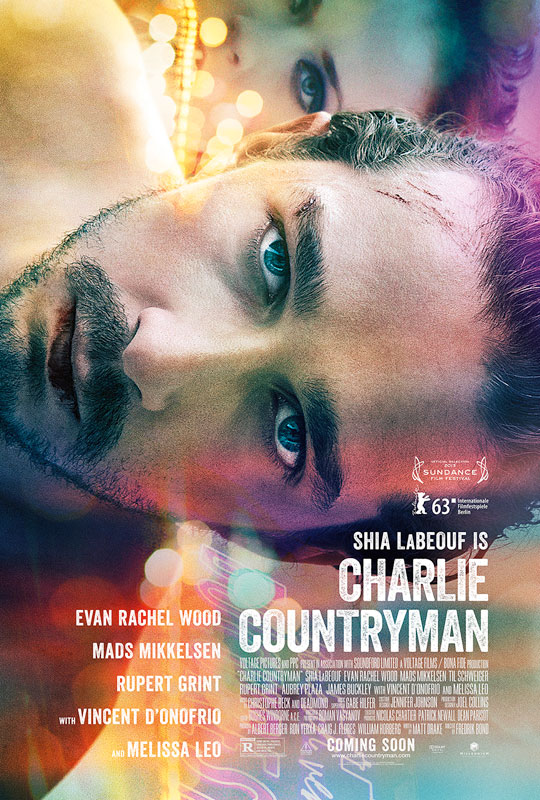 Bond remembers being particularly inspired by Danny Boyle, specifically the dance number in Slumdog Millionaire and on the other end of that spectrum, Ewan McGregor’s speech laying out his future in Trainspotting.

The screenplay was written by Matt Drake, who loosely based the story on his real life experiences while teaching at a small school in Romania. Drake notes, “I had a mild flirtation with one of the mothers at the school, but after about 2 months the school was temporarily shut down by the local police and locked up. I had later discovered this women’s ex husband threatened to take her child out of the school, with guns blazing. The story then came from this event – What if I had had a relationship with this woman?”

The screenplay was featured on the marquee 2007 Blacklist and quickly attracted attention from top filmmakers within Hollywood. Bond notes when he first read the script “It had been already taken by another director, but I loved it so much I kept track of its progress until one day there was an opportunity. From there I spent about 6 months pitching for the project.”

Our story really kicks off in Bucharest Romania, where Charlie (Shia LaBeouf) meets Gabi (Evan Rachel Wood), who is also struck by the recent loss of her father. LaBeouf describes Charlie “As a kid who is just chasing the dream; he’s chasing love. Nothing in life really had substance for him until he meets Gabi, whom he quickly realizes is worth fighting for, even if it means giving up everything he has.”

“Shia has an amazing energy in this film. He came onto the set like a hurricane, and was immediately ready to start bringing his character to life,” recounts Wood. Vincent D’Onofrio who plays Charlie’s father said, “These are colors we haven’t seen in him before” when referring to LaBeouf’s performance.

Gabi, the woman who sends Charlie on an emotional roller coaster is a very complex and mysterious character with many layers. It was difficult finding the right actress who could play this role and keep it authentic. Shia recounts during the casting process, “Evan was the perfect choice. I remember there were times, when local young kids would come up to her on set and assume she was a native, because her accent was so spot on. She’s a natural.”

The music in the film remarkably pulls the entire story together in an extraordinary manner. Composers, Christophe Beck and DEADMONO provide an incredibly energetic original score, elevating the film and adding to its fast paced style. Mixing in songs from Moby, M83 and The  XX, this film is given the potential of becoming a generation-defining hit movie.