In the international suspense thriller Closed Circuit , a high-profile terrorism case unexpectedly binds together two ex-lovers on the defense team – testing the limits of their loyalties and placing their lives in jeopardy. 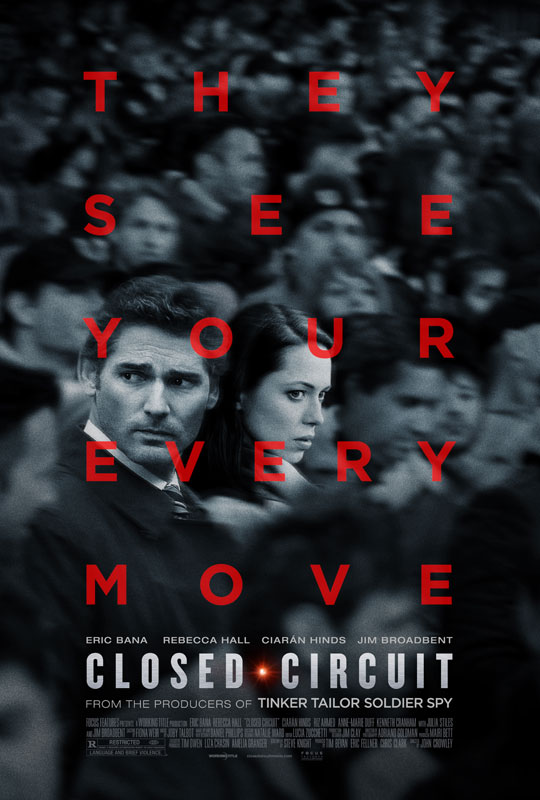 Making Closed Circuit , a thriller rooted in the world of today, required knowledge and expertise not only about filmmaking but also about an idiosyncratic criminal justice system. Working Title Films principals Tim Bevan and Eric Fellner had produced a number of successful contemporary thrillers. Since 9/11 in the U.S. and 7/7 in the U.K., Bevan found himself aware of how “the U.K.’s criminal justice system has changed enormously.

Bevan contacted another filmmaker well-known  Steve Knight.  Bevan says, “I knew that Steve would be able to impart relatable characters into a compelling story while remaining in the realm of believability.”

Work on the script continued over a two-year period. In 2011, producer Chris Clark, who had started his career at Working Title, joined the project and John Crowley was approached to direct. The filmmakers looked to cast actors who would believably incarnate the characters’ intensity, secretiveness, and resourcefulness.

As a result of the careful preparation and considerable local cooperation, only a few days of the nine weeks of filming had to be spent working in studio confines; three of the nine weeks consisted of nighttime shooting, including some weekend nights.

Among the many locations lensed at in and around London by the production were Wembley Stadium, Borough Market, The Modern Pantry café, St. Mark’s Church, Marylebone Train Station, Chinatown in SoHo, Primrose Hill Park, and the Gillette itself. The prison sequence was filmed at an active one – Wormwood Scrubs Prison.