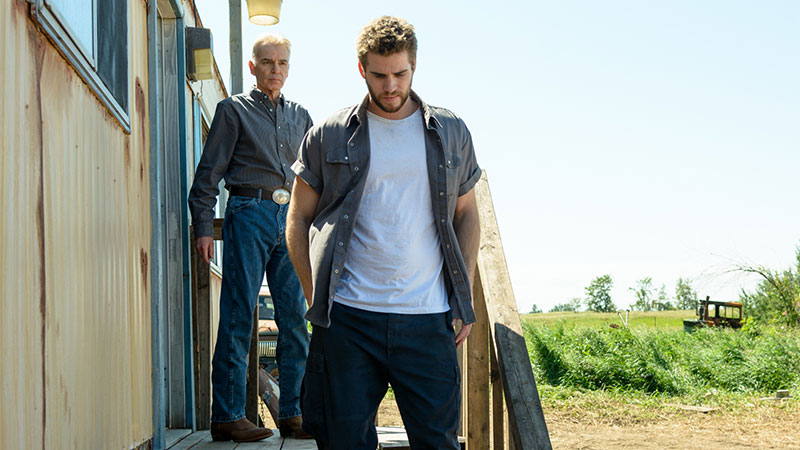 Dwayne McLaren (Liam Hemsworth), a high school star athlete recently turned auto mechanic, dreams of getting out of tiny Cut Bank, MT – the coldest town in America – and whisking his pageant-hopeful girlfriend, Cassandra (Teresa Palmer), away to the big city. But his plan to do so sets in motion a deadly series of events and thrusts him into a police investigation headed by Sheriff Vogel(John Malkovich), the protector of Cut Bank and the closest thing Dwayne has to a father figure. 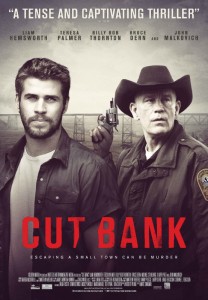 On June 14, 2013, Variety announced that the film’s shooting has begun in Edmonton, Canada.

Director Matt Shakman statement
Cut Bank, Montana—the coldest spot in America. Nestled between the Great Plains and Canada, this is a tiny town frozen in time.

Innocent and humble, it could have been painted by Norman Rockwell or Edward Hopper. Everyone knows everyone else. It’s a main street of smiling faces.

With the exception of Dwayne McLaren—a young auto mechanic and former high school football star who wants to get the hell out of Cut Bank. He knows that a place trapped in the past has no future for him.

Dwayne’s actions set in motion a series of events that will change his life, and the life of the town, forever.

Cut Bank is a taut, slyly humorous tale of greed & deceit. A brilliant ensemble drama in the tradition of Blood Simple and The Last Picture Show.

But it is foremost a thriller: a terrifying journey to confront a serial killer in this strange Midwestern town.

Visually dramatic, Cut Bank will be brought to life by the push & pull between the vastness of the landscape and the point of view of our characters running for their lives. We are with these people every step of the way, close to them as they breathe, struggle, and crawl. A frightening, modern western. Both panoramic and personal–John Ford by way of David Fincher.

The film will be similarly constructed musically, with a mix of classic drops interspersed with a driving thriller score. Johnny Cash side by side with Trent Reznor. Timely and timeless.

Just as Dwayne changes from a boy hesitant to pursue his dreams to a man who must protect the woman he loves from an unrelenting serial killer, Cut Bank itself grows up—from an innocent Fifties Americana to a weathered, modern town that has collectively confronted this very same evil and survived.