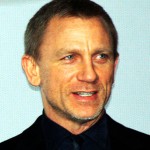 Daniel Craig was born in West Cheshire Hospital. His mother, Carol Olivia (née Williams), was an art teacher. Both of Daniel Craig’s parents were of half Welsh descent.

Daniel Craig moved to London when he was sixteen to join the National Youth Theatre after a stay at Calday. He and his older sister, Lea, attended Hilbre High School and Calday Grange Grammar School in West Kirby. He played for Hoylake RFC Rugby Union Club.

Daniel Craig lent his voice and likeness as James Bond for both the Wii game GoldenEye 007, an enhanced remake of the 1997 game for the Nintendo 64, and James Bond 007: Blood Stone, an original game for Xbox 360, PlayStation 3, Nintendo DS, and Microsoft Windows.