David Yates (born 30 November 1963) is an English director of film and television, best known for directing the final four films in the Harry Potter franchise. 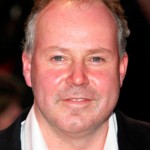 David Yates is married to Yvonne Walcott, who is the aunt of Arsenal football player Theo Walcott.

Yates won his first BAFTA Award for his work on the BBC miniseries “The Way We Live Now,” a period drama starring Matthew Macfadyen and Miranda Otto. In 2003, he directed the drama series “State of Play,” for which he received a BAFTA Award nomination and won the Directors Guild of Great Britain (DGGB) Award for Outstanding Directorial Achievement.
The following year, Yates directed the gritty two-part drama “Sex Traffic,” winning another BAFTA Award and earning his second DGGB Award nomination. The unflinching look at sex trafficking also won a number of international awards, including eight BAFTA and four RTS Awards, both including Best Drama, as well as the Jury Prize for Best Miniseries at the Reims International Television Festival, and a Golden Nymph at the Monte Carlo Television Festival.

Yates grew up in St. Helens, Merseyside, and studied Politics at the University of Essex and at Georgetown University in Washington, DC. He began his directing career with the award-winning short film “When I Was a Girl,” which he also wrote.

In the 1980s, Yates made his first serious film When I Was a Girl with the assistance of Cre8 Studios in Swindon. The short film, which was shot in Swindon town under a grant from Southern Arts, entered the festival circuit where it was named Best Short Film at the San Francisco International Film Festival, in addition to obtaining other awards. It also contributed to Yates’ acceptance into the National Film and Television School and led to the BBC hiring him to direct Oranges and Lemons, a short drama film in 1991. Before completing film school, he began to direct, produce and write the screenplay to the dramatic short The Weaver’s Wife. He also made his fourth short film Good Looks, which was presented at the Chicago International Film Festival. After graduating in 1992, Yates directed an episode of the film studies programme Moving Pictures, which oversaw low-budget filmmaking in Britain.