Earth to Echo all began with the seed of an idea from producer Andrew Panay. Panay wanted to recapture the spirit of seminal family movies from the 1980s that he loved as a child – E.T., The Goonies, Stand By Me – movies that managed to conjure the wonder and heartbreak of early adolescence and infuse it with an intoxicating sense of adventure. If the story of E.T. were to happen today, he asked himself, how would it be told? 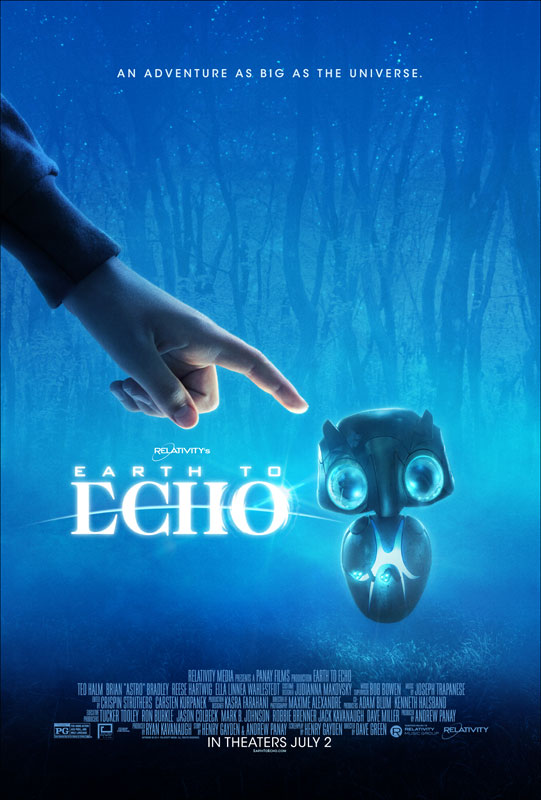 Instead of approaching seasoned feature directors to help develop the project, Panay decided to go in another direction. The heart of the movie lies in the way the characters piece together the story themselves using their own cameras, editing, and insight. This was exactly what Panay wanted from a director. “I wanted to find a young filmmaker from the generation that sits and edits their films themselves,” says Panay.

He found what he was looking for in Dave Green, an enterprising filmmaker with a unique vision and strong résumé. Aside from having been a producer’s assistant on the set of the Spiderman trilogy, films acclaimed for their stunning visual effects, Dave also had a series of polished short films and music videos under his belt.

With a firm production start date in place, the filmmakers embarked on an involved casting process for the four young leads. Green was particularly focused on authenticity, which meant finding actors who were comfortable with one another and who could think on their toes when the shoot demanded it.

The casting directors cast a wide net for the role of Tuck, the charismatic and extroverted leader of the trio. After weeks of auditions, the team wasn’t satisfied with their options…until they received a video from Brian “Astro” Bradley, a young musician in New York who, like Tuck, has developed his own online personality and following. Remembers Panay, “He shot this off-the-cuff video at home and he was immediately so real to us that we knew we’d found our guy.”

For the role of Alex, Tuck’s soulful best friend, the filmmakers turned to young actor, Teo Halm. On casting Halm, Green says, “When [he] auditioned, I could see the excited part of him, but I could also see the wounded part of him, too. That was crucial for the role and he ended up being phenomenal.” Reese Hartwig rounds out the trio of boys as Munch, the extremely cautious eccentric who provides much of the movie’s comic relief.

Through a network of friends who are designers, Green eventually got the phone number of Ross Tran, a 19-year-old designer who at the time was living with his parents in Santa Cruz between semesters at school. “I called him and asked him to come work with us and he thought we were crazy,” laughs Green. “A couple days later he came down, and from his very first sketch, right away, I was like, ‘That’s him. That’s Echo.”