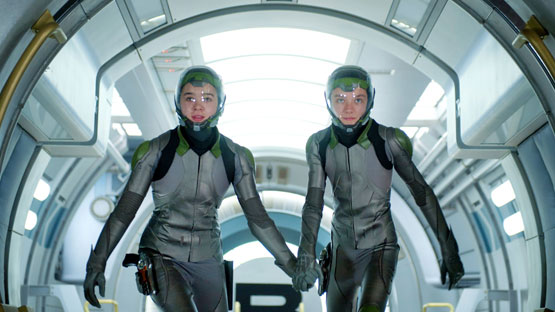 A brilliant and remarkably gifted 12‐year‐old is trained to become Earth’s ultimate military leader in Ender’s Game, the long‐awaited Ender’s Game of the classic, Hugo and Nebula Award winning novel. 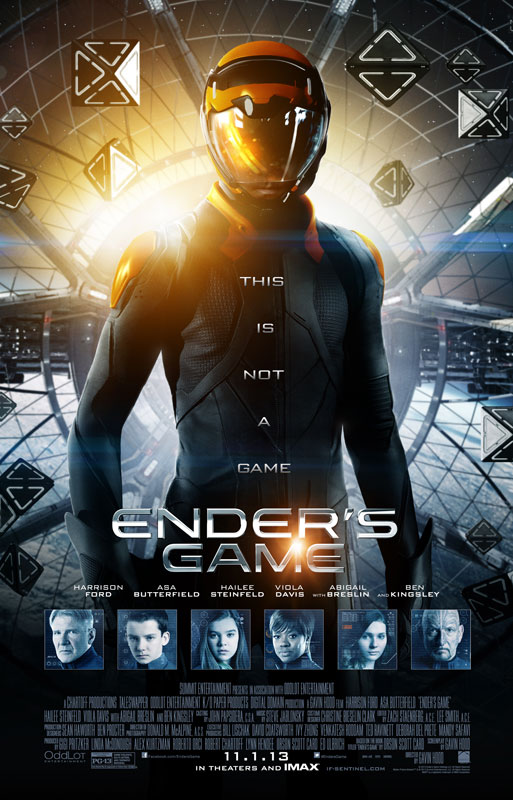 The producing team continued to grow when the filmmakers took an unusual step by enlisting Digital Domain as a partner. For the first time ever, the visuals effects giant is helping to produce a film beginning at the development stage.

Orson Scott Card’s acclaimed futuristic novel Ender’s Game debuted in 1985 and became an instant classic, earning the coveted Hugo and Nebula Awards, as well as the devotion of millions of fans worldwide. A startlingly original adventure as well as a poignant and inspiring coming‐of‐age story, Ender’s Game’s prescient view of future technology and insights into human nature have made it a perennial favorite with adults and children for almost 30 years.

It has been translated into 28 languages and is included on the United States Marine Corps’ Professional Reading Program list, as well as the American Library Association’s list of 100 Best Books for Teens.

Producer Lynn Hendee, president of Chartoff Productions, has spent more than a decade shepherding Card’s book through development. She and her colleague Robert Chartoff have become close to Card over the years, and serve as the North Carolina‐based author’s trusted ambassadors to the film industry. “I became involved with the book about 15 years ago,” Hendee says. “Bob Chartoff asked me to read it. I was not a science fiction aficionado, but I wasn’t able to put this book down. The idea for the film has gone through several incarnations since then, but it wasn’t until we met Gigi Pritzker and Linda McDonough that things really started to happen. It has been a fascinating journey getting here.”

The filmmakers have surrounded their young star with a distinguished adult cast, starting with Harrison Ford, as Colonel Hyrum Graff, commander of the Battle School and the man who singles out Ender as a potential hero. “We’re very happy to be the ones to put Harrison Ford back into outer space,” says Orci. “Colonel Graff has to be commanding, but not so gruff that a child would be put off. There’s a warmth to him, which is something Harrison naturally has. There’s always a little twinkle in his eye and a little humor behind everything he says.” “Harrison brings great credibility and charm to the role,” adds Hood. Ford says the opportunity to work with Hood, as well co‐stars Ben Kingsley and Viola Davis, was an
additional draw for him.

The filmmakers scoured the world trying to locate the ideal environment to shoot Ender’s Game before finding exactly what they were looking for in an unexpected place. “We needed studio space and lots of it,” says screenwriter‐director Gavin Hood. “There aren’t many places where we could find the kind of expansive soundstages we needed to build our sets. Serendipitously, we discovered that NASA has vast warehouses in New Orleans that were not being used. We turned them into studios. It seemed oddly appropriate to make Ender’s Game, which is set in space, at a NASA facility.”