Endless Love stars Alex Pettyfer and Gabriella Wilde in the story of Jade Butterfield and David Elliot, a privileged girl and a charismatic boy whose instant desire sparks a love affair made only more reckless by parents trying to keep them apart. Although separated by class boundaries, their gravitational pull is undeniable and unstoppable. 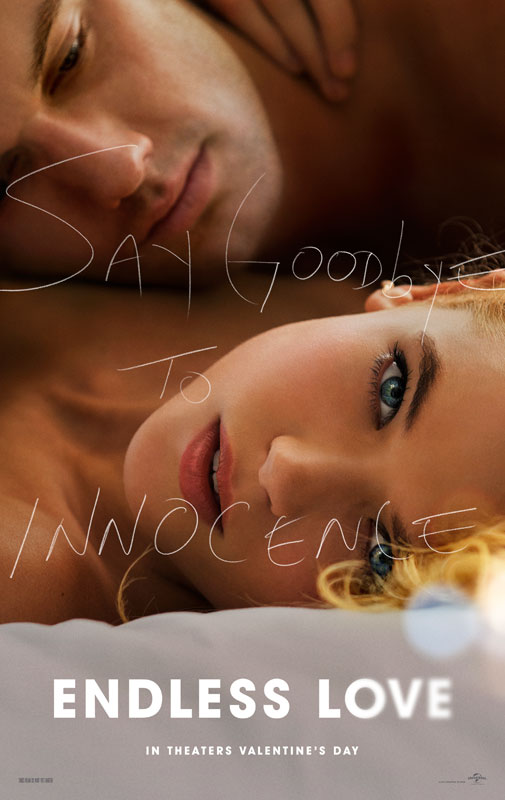 Endless Love’s set was located almost entirely in and around Atlanta, from May to July 2013.

Directed by Shana Feste, the romantic drama co-stars a cast of seasoned and up-and-coming performers, led by Bruce Greenwood as Hugh, Jade’s overbearing father who never lets her out of his sight; Joely Richarson as Anne, Jade’s romantic and idealistic mother who has the heart of a poet; and Robert Patrick as David’s father, Harry, a mechanic who wants his son to have the life he never did.

Based on the book by Scott Spencer, Endless Love is from a screenplay by Shana Feste and Joshua Safran. J. Miles Dale and Tracy Falco serve as the romantic drama’s executive producers. The idea to draw inspiration from Scott Spencer’s 1979 best-selling novel about teenage lovers and bring those themes to young moviegoers in the 21st century originated with producers Scott Stuber and Pamela Abdy, who, early on, attracted a pair of ideal collaborators. Although this all-consuming territory has been explored in films for much older audiences, they were interested in taking an exploration of a love so intense that nothing will stand in its way and making it relatable for a “PG-13” audience.

After organizing the core team and commissioning a draft, the producers approached Country Strong’s Shana Feste to direct. As Schwartz notes: “Shana came in with such a great sensibility about the material. She has an acute understanding of character and love stories.”

Finding talented young actors who could provide the essential chemistry of David and Jade was the filmmakers’ top priority. They discovered the ideal performers in Alex Pettyfer and Gabriella Wilde. Shares Schwartz: “In a love story, this is the whole ball game. The first time we saw Alex and Gabriella on screen, everyone was very aware of their chemistry. You just felt it was there. Beyond the fact that they are both very attractive people, you felt this real connection between them.”

Because they were on location in Atlanta for 34 of the 37 shooting days, and not on a soundstage, the color palette was more difficult to control. But Griffith worked with costume designer Battat to create the film’s signature look. The costume designer describes the style evolution of Jade’s character progressing from girl to woman: “We wanted Jade to be more of a little girl at the beginning and then progress into being a woman. The fact that she’s still a kid means she might want to wear her dresses with Converse high-tops. Jade’s color scheme is what I like to call a ‘1920s color palette’—soft, muted pale pinks, peaches and minty greens with occasional reds when she’s being defiant of her father. When she chooses David, she’s in red.”