Footloose is an American musical film and remake of the 1984 film of the same name. The screenplay was written by Craig Brewer, who also directed. It stars Kenny Wormald, Julianne Hough, Dennis Quaid, Andie MacDowell, and Miles Teller. Filming started in September 2010 in Georgia and ended in November. 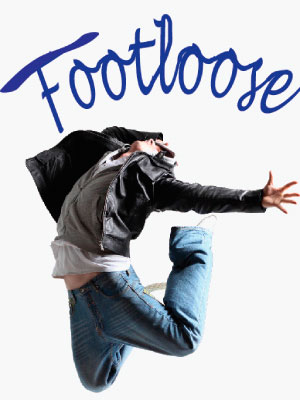 Like in the original film, a city kid named Ren McCormack moves to old fashioned and uptight Beaumont, Tennessee, and rebels against its law that bans dancing and rock music. The remake features new songs with Brewer saying, “I can promise Footloose fans that I will be true to the spirit of the original film. But I still gotta put my own Southern grit into it and kick it into 2011“.

In October 2008, Kenny Ortega was announced as director but left the project a year later after differences with Paramount and the production budget. Peter Sollett was also hired to write the script. Dylan Sellers, Neil Meron and Craig Zadan served as producer; Zadan having produced the original Footloose. Craig Brewer came on to re-write the script after Crawford and Ortega left the project and also served as director.

In July 2007, Zac Efron was cast as Ren McCormack, but he later dropped out in March 2009, reportedly saying that he wanted to take a break from musicals. Two months later it was reported that Chace Crawford would replace Efron, but he later had to back out due to scheduling conflicts. Thomas Dekker was a “top candidate” for the role but on June 22, 2010, Entertainment Weekly reported that Kenny Wormald had secured the lead role as Ren. Julianne Hough was cast as Ariel, Dennis Quaid as Rev. Shaw Moore and Miles Teller as Willard. On August 24, 2010, Andie MacDowell joined the cast as Quaid’s wife.

Unlike the original set in the fictional town of “Bomont, Texas” the adaption is set in fictional “Beaumont, Tennessee”. It was filmed in Georgia with a budget of $25 million. Principal photography began in September 2010 in and around metro Atlanta, and wrapped two months later in November. A courtroom scene was shot at the Newton County Historic Courthouse in Covington on September 17, 20 and 21.

A family scene was filmed at the New Senoia Raceway in Senoia on October 1. A scene taken from the original film, in which McCormack plays a game of “chicken” with his love interest’s boyfriend, was filmed on the Chattahoochee River bridge on Franklin Parkway in downtown Franklin also in October. The home and church seen in the film were filmed in downtown Acworth. Production used the sanctuary of Acworth Presbyterian and the house of the Mayor.