Green Lantern is a superhero film based on the comic book character of the same name appearing in DC Comics. The film will star Ryan Reynolds as Hal Jordan, with Martin Campbell directing a script by Greg Berlanti and comic book writers Michael Green andMarc Guggenheim, which was subsequently rewritten by Michael Goldenberg. 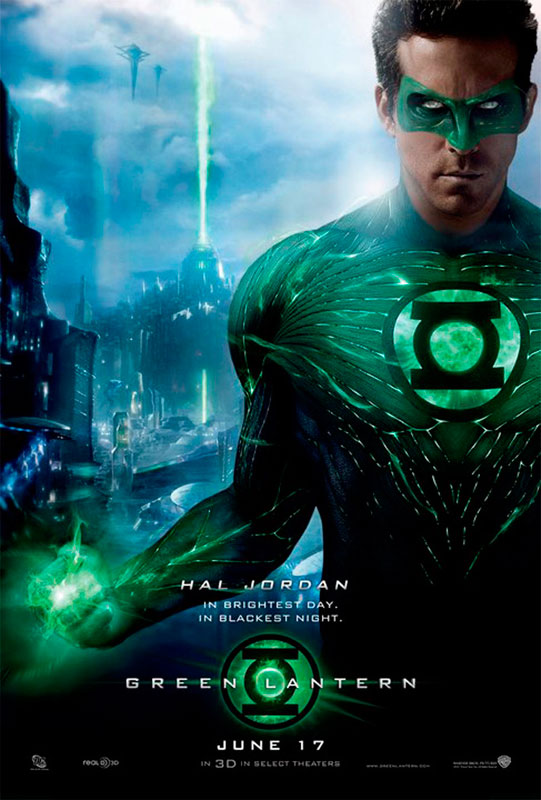 In early 1997, Warner Bros. approached cult filmmaker and comic book writer Kevin Smith, who had then just finished writing Superman Lives, to script a Green Lantern film. Smith turned down the offer, believing there were other suitable candidates to make a Green Lantern movie. Warner Bros. eventually changed the direction of the film into that of a comedy; by June 2006, Robert Smigel had completed a script which was set to star Jack Black in the lead role. However, the studio dropped the comedy idea due to poor fan reaction on the Internet. In an attempt to change the tone of Green Lantern to be taken more seriously, Zack Snyder was approached to direct, but he turned down the offer due to his commitment onWatchmen.

By December 2008, the writers had written three drafts of the screenplay and Warner Bros. was preparing for pre-production. However, Berlanti was forced to vacate the director’s position due to scheduling conflicts with This Is Where I Leave You and Martin Campbell entered negotiations to direct in February 2009. The release date was set as December 2010, before being moved to June 17, 2011.

Budgeted at US$150 million, Green Lantern was initially scheduled to begin filming in November 2009 at Fox Studios Australia. The start date was pushed back to January 2010, but the production moved to Louisiana, where, on March 3, 2010 test footage was filmed in Madisonville involving stunt cars. Principal photography began on March 15, 2010 in New Orleans. Nine days after filming began, Angela Bassett joined the cast as Dr. Amanda Waller, a government agent who is a staple of the DC Comics series.

Six Flags has bought the rights to the name, and will debut two roller coasters named Green Lantern at Six Flags Great Adventure and Magic Mountain in 2011 to coincide with the film’s release.

The film won the award for “Most Anticipated Movie” at the 2010 Los Angeles Scream Awards. The award was presented to Ryan Reynolds by his co-star, Blake Lively.