Gun Hill Road is the first feature-length film by Rashaad Ernesto Green, an award-winning director of short films such as Premature, Cuts and Choices. He began writing the story in 2009, setting the story in the Bronx, his birthplace, where generations, racial identity and cultural values intertwine to create a constantly evolving neighborhood with a rich sense of history and foundation in the Latino culture. 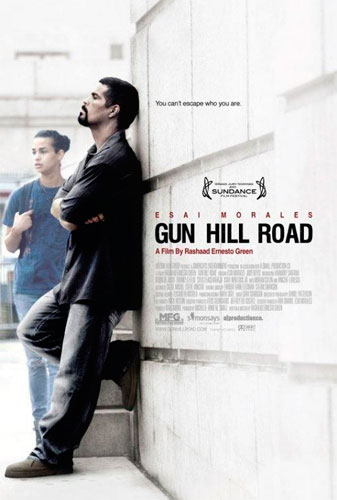 Gun Hill Road tells the story of Enrique (Esai Morales) after three years in prison, returns home to the Bronx to find the world he knew has changed

Gun Hill Road was filmed over 22 days in July and August of 2010, entirely on location in various Bronx locales including Dewitt Clinton High School and on Gun Hill Road itself.

The latter is the Bronx street where Green’s parents worked together as 18-year-olds at a McDonald’s near Burke Avenue.

Gun Hill Road is a family drama set in the multiracial Bronx. An ex-con father played by Esai Morales returns from his latest three-year prison stint to find that everything has changed.

His wife and child reject his attempt to re-establish himself as head of the household, and continue to harbor deep secrets that, if discovered, will tear at the fragile bonds of their embattled family.

Both Judy Reyes and Esai Morales are natives of the Bronx. They were attracted to the hometown story of Gun Hill Road and the chance to work with Green, a bright young director with roots in the neighborhood. And Green knew he wanted to cast them as his leads. He wrote the part of Enrique with Morales in mind.

“My brother and I watched La Bamba over and over again as kids and loved Esai Morales in the film,” says Green. “Esai is co-founder of the National Hispanic Foundation of the Arts with Jimmy Smits, Sonia Braga, and Felix Sanchez. I was fortunate to win the scholarship three years in a row. I got to know Esai as a person and already had a deep respect for him as an actor. He was my natural choice for the lead in Gun Hill Road. Judy Reyes, whose work I also love, was also my first choice for the role of Angela.”