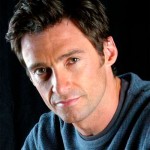 As a philanthropist, Hugh Jackman is a longtime proponent of microcredit – the extension of very small loans to prospective entrepreneurs in impoverished countries. He is a vocal supporter of Muhammad Yunus, microcredit pioneer and the 2006 Nobel Peace Prize winner.

Hugh Michael Jackman (born 12 October 1968) is an Australian actor and producer who is involved in film, musical theatre, and television. Hugh Jackman has won international recognition for his roles in major films, notably as action/superhero, period and romance characters. He is known for his role as Wolverine in the X-Men series. Hugh Jackman is a singer, dancer, and actor in stage musicals.

In November 2008, Open Salon named Jackman one of the sexiest men alive. Later that same month, People magazine named Jackman “Sexiest Man Alive.” A three-time host of the Tony Awards, winning an Emmy Award for one of these appearances, Jackman also hosted the 81st Academy Awards on 22 February 2009.

Hugh Jackman was born in Sydney, New South Wales, the youngest of five children of English parents Chris Jackman and Grace Watson, and the second child to be born in Australia.One of his paternal great-grandfathers was Greek.His parents divorced when he was eight, and he remained with his accountant father and siblings, while his mother moved back to England.As a child, Hugh Jackman liked the outdoors, spending a lot of time at the beach and on camping trips and vacations all over Australia. He wanted to see the world: “I used to spend nights looking at atlases. I decided I wanted to be a chef on a plane. Because I’d been on a plane and there was food on board, I presumed there was a chef. I thought that would be an ideal job.”

After obtaining his BA, Jackman completed the one-year course “The Journey” at the Actors’ Centre in Sydney.About studying acting full-time, he stated, “It wasn’t until I was 22 that I ever thought about my hobby being something I could make a living out of. As a boy, I’d always had an interest in theater. But the idea at my school was that drama and music were to round out the man. It wasn’t what one did for a living. I got over that. I found the courage to stand up and say, ‘I want to do it’.” Hugh Jackman plays the piano, does yoga,and has been a member of the School of Practical Philosophy since 1992.