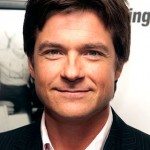 Jason Bateman is a fan of the Los Angeles Dodgers

Jason Kent Bateman (born January 14, 1969) is an American television and film actor. Bateman was born in Rye, New York. His mother, Victoria Elizabeth, was a former flight attendant for Pan Am, and his father, Kent Bateman, is an actor, film and television writer/director, and founder of a repertory stage in Hollywood. His mother was from the United Kingdom, born in Shrewsbury, Shropshire.

In his adolescent and teenage years, Jason Bateman’s portrayal of the charming schemer Derek Taylor in Silver Spoons prompted NBC to create a spin-off, It’s Your Move in which Bateman had the lead.  He then starred with Valerie Harper in Valerie, Valerie’s Family and The Hogan Family.  Prior to this, he was a series regular on Little House on the Prairie.

Jason Bateman was honored with a Golden Globe Award in 2004 for Best Actor in a Comedy Series and also earned an Emmy Award nomination and two Screen Actor’s Guild nominations for his portrayal of Michael Bluth in the Mitch Hurwitz created, award winning television comedy series Arrested Development.

Throughout the 1990s, Bateman struggled with addiction to alcohol and drugs. He stated in an interview in 2009 that “It was like Risky Business for ten years.”