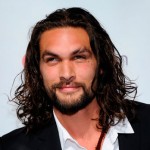 On November 15, 2008, Jason Momoa was attacked with a broken beer glass in Hollywood. Momoa received around 140 stitches during reconstructive surgery.

Joseph Jason Namakaeha Momoa (born August 1, 1979) is an American actor and model. He is best known for his role as Ronon Dex on Stargate: Atlantis.

Momoa, an only child, was born in Honolulu, Hawaii and raised in Norwalk, Iowa by his mother. His father was a Native Hawaiian and his mother was of German, Irish, and Native American ancestry. Momoa is 6’4″ (1.93m) and the nephew of famed surfer Brian Keaulana.

In 1998, Momoa returned to Hawaii, where he was discovered by international designer Takeo and launched his modeling career. In 1999, he won Hawaii’s Model of the Year and hosted the Miss Teen Hawaii contest. Momoa is best known for his roles as Jason Ioane (1999–2001) in Baywatch Hawaii and as Ronon Dex (2005–2009) Stargate Atlantis.

After Stargate Atlantis season 4 shooting was over, Jason Momoa had his dreadlocks cut off. Their weight had been causing him headaches, and even whiplash when filming action scenes. Producers of Atlantis agreed with the decision and had planned to film a scene where Ronon cuts off his hair for season 5’s Broken Ties, but that change was ultimately overruled by the SCI FI network. On the first day of filming for season 5, his dreadlocks were reattached, but the process was too taxing, forcing Momoa to switch to using his stunt double’s wig until a custom wig could be made and delivered two weeks later.

Momoa appeared in four episodes of The Game as Roman, and is currently appearing as Khal Drogo in the HBO series Game of Thrones.