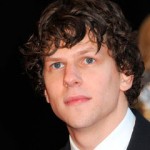 Jesse Eisenberg is fond of cats and has been involved in fostering the animals.

Jesse Adam Eisenberg (born October 5, 1983) is an American actor. He made his screen debut with the comedy-drama television series Get Real from 1999 to 2000.

Jesse Eisenberg was born in Queens, New York City, the son of Amy, who worked as a clown at children’s parties, and Barry Eisenberg, who ran a hospital and later became a college professor. He has two siblings, Hallie Kate Eisenberg, a former child actress, and Kerri. He was raised in a secular Jewish family that originated in Poland and Ukraine. Eisenberg grew up in Queens and East Brunswick Township, New Jersey.

Jesse Eisenberg struggled to fit in at school and began acting in plays at the age of ten, stating “when playing a role, I would feel more comfortable, as you’re given a prescribed way of behaving.” Eisenberg studied at The New School in New York City’s Greenwich Village neighborhood.

Eisenberg’s first professional role was in Arje Shaw’s off-Broadway play, The Gathering. Eisenberg made his Broadway debut as an understudy in a 1996 revival of Summer and Smoke. He made his screen debut on the 1999 television series Get Real, which was canceled in 2000. After appearing in the made-for-television film Lightning: Fire from the Sky, he starred in the independent film Roger Dodger (for which he won an award at the San Diego film festival), and in The Emperor’s Club, both of which were released in 2002 to generally positive reviews.

Eisenberg is a frequent contributor to McSweeney’s, where he writes the column Bream Gives Me Hiccups and his humor essays have appeared in The New York Times, Harper’s and The New Yorker.