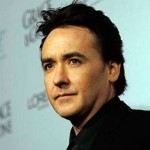 John Paul Cusack (born June 28, 1966) is an American film actor and screenwriter. He has appeared in more than 50 films. Cusack was born in Evanston, Illinois, to an Irish Catholic family.  His father, Dick Cusack (1925–2003), was also an actor, as are his siblings Ann, Joan, Bill and Susie.

John Cusack has evolved into one of the most accomplished and respected actors of his generation, garnering prestigious accolades for his dramatic and comedic roles. He gained fame in the mid-1980s after appearing in teen movies.

Cusack has trained in kickboxing for over 20 years under former world kickboxing champion Benny “The Jet” Urquidez. He began training under Urquidez in preparation for his role in Say Anything and currently holds the rank of Level 6 black belt in Urquidez’ Ukidokan Kickboxing system.

Since May 2005, John Cusack has been an avid blogger at The Huffington Post, including an interview with Naomi Klein. He has written extensively on his opposition to the war in Iraq and his disdain for the Bush administration, calling its worldview “depressing, corrupt, unlawful, and tragically absurd”