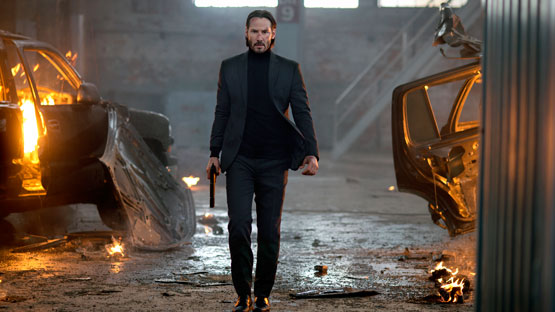 When a retired hit man is forced back into action by a brutal Russian mobster, he hunts down his adversaries with the ruthlessness that made him a crime underworld legend in John Wick, a stylish tale of revenge and redemption set in a brilliantly imagined New York City and starring World Stunt Award-winner Keanu Reeves. 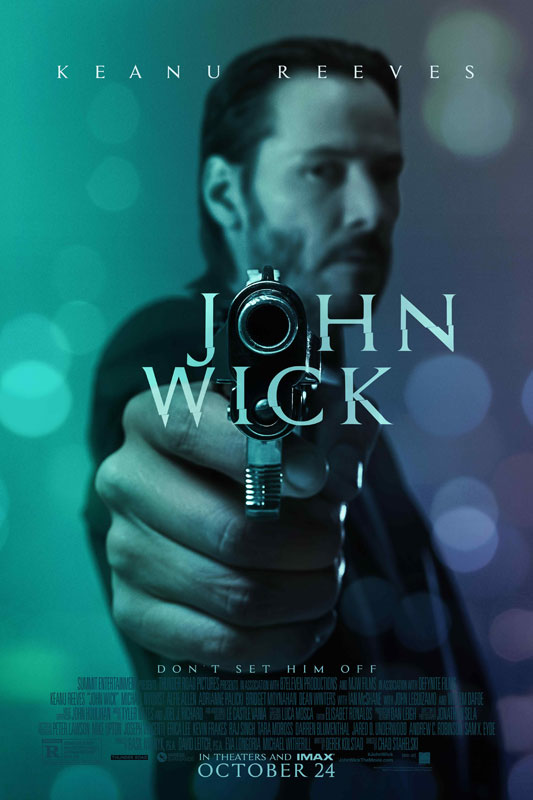 Bridget Moynahan chose not to read the entire script, believing that all she needed to know about John is what Helen knows.

When producer Basil Iwanyk of Thunder Road Pictures first read Derek Kolstad’s original screenplay for John Wick, he found himself drawn to the contradictions and complications faced by its main character, a seemingly ordinary man who harbors an extraordinary secret. Kolstad found his inspiration in some of his favorite film-noir classics.

Keanu Reeves signed on to headline John Wick, working closely with the writer to refine the story. “Basil and Peter Lawson of Thunder Road brought the script to me with the idea that I would be a part of such a great collaboration,” the actor says. Looking to infuse the film with innovative action sequences that would set it apart from the pack, Reeves contacted the filmmaking team of Chad Stahelski and David Leitch, co-founders of 87Eleven, one of Hollywood’s most elite stunt groups. Reeves and Stahelski originally met on the set of The Matrix and Stahelski eventually became the actor’s stunt double.

Approached to design and film the blistering action scenes of John Wick, Stahelski surprised the producers by asking if he could pitch his ideas as director. When this screenplay landed on his desk, he knew it was time to grab the opportunity. Although Stahelski has worked with Reeves for more than a dozen years, this is their closest collaboration ever. “Keanu was very hands-on,” says the director.

To play Viggo, John’s former colleague and current nemesis, the filmmakers were determined to bypass the stereotypical Russian mobster. They cast a wide net, eventually landing on Michael Nyqvist, star of the original Swedish The Girl with the Dragon Tattoo series of films. “We went through so many meetings to cast that role,” says Stahelski. “But Michael brought something very odd and interesting.”  The director and producer gave Viggo a signature style of fighting, based on a brutal Russian system of combat called Sambo.

John Wick is packed with familiar faces, including some of the film industry’s most sought-after character actors. “It was really important to surround Keanu with other terrific actors,” says Iwanyk. “Most of the characters have very showy scenes but not many of them. We wanted actors who would steal the few scenes they were in, unforgettable people that represent this hyper-real world. So we got actors with amazing faces, like Willem Dafoe and Ian McShane. And we got the most beautiful women, like Adrianne Palicki and Bridget Moynahan.”

Filmed in New York City and nearby Rockland County, John Wick captures some of the area’s most iconic landmarks and locations, from the idealized pastoral vistas of John’s marital home to the cavernous concrete canyons of Manhattan. The settings, say the filmmakers, are meant to be familiar, yet not of this world and, perhaps, not quite like any world audiences have seen before.