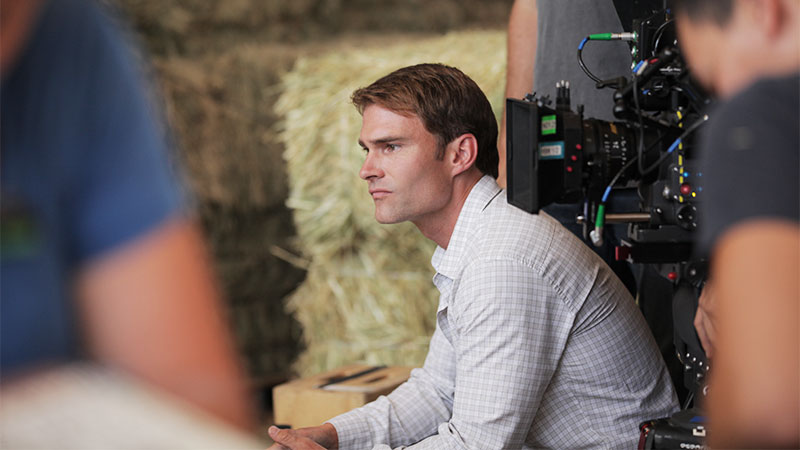 Ted Morgan has been treading water for most of his life. After his wife leaves him, Ted realizes he has nothing left to live for. Summoning the courage for one last act, Ted decides to go home and face the people he feels are responsible for creating the shell of a person he has become. But life is tricky. 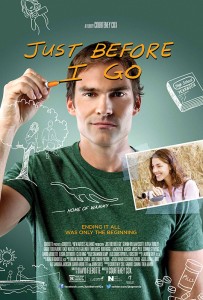 “Can you write a director’s statement? Just something that defines you.” My publicist left that on a voicemail for me this morning. While I scanned through the 9 other voicemails I got this morning since I went to work out an hour ago, I didn’t hear any of them. My mind was fixed on this one.

I wanted to call her up and ask her, “Melissa, what do you mean by “define”? Can you define ‘Define’?”

It should be easy. My name is Courteney Bass Cox. But, when I go back home to Birmingham, Alabama, folks call me Cece. Sometimes when I go to a supermarket, people ask me can they take a picture with me, and they call me Monica. My Daughter calls me Mom. Some of my friends call me Court. All at once, I am all of them. Sure, I might turn my head when I hear them say these names, and raise an inquisitive brow in the direction of their voices, but none of them define “me”.

When I was growing up in the south, people came to me with their problems. Perhaps it’s because I was interested in them. My late father’s name was Richard. People called him “Chick.” I called him Dad. Even he talked to me about his life, his troubles, his worries and I dealt with a lot during my parents divorce. I never judged anyone who sought a moment to vent to me or to tell me a secret. I felt honored that those closest to me were comfortable enough to share their lives with me and I listened and learned with an open heart, all the while wondering, like every child does, what makes the world turn and what makes us tick? The human condition is complex and can’t be worked out on a calculator. In school, I was good with numbers but what I was really interested in was people.

My sister Dottie was the family ham and my role as the youngest of four kids was the quiet, introspective one. When I was 11, I was Anna in the “The King And I”. It was a big reach for me. People asked if I was going to be an actor, but I’m from Alabama, and girls from Alabama don’t become actors. I looked out at the world from the static comfort of my home town and I wondered what it was like out there. I like structure and order. I like shaping things into something that has meaning so, I left home as soon as I could at 17 and I headed off to College in DC to study architecture.

Like most small things are, I was drawn to bigger things. So after a year of protractors, thick textbooks, thin pencils and lead stained fingers, I decided to leave in search of something more and I made my way to New York, a big star in the giant space of America.

New York is a melting pot of cultures, ideas, identities and human beings gathered with a bigger notion in mind. It is the perfect place to watch and learn. I feel like I have always suffered from acute awareness and this place was full of things and people to be aware of.

I did a music video and soon after, I moved out west and got a job on a TV show, Family Ties. People began to recognize me and I began to recognize how much I loved to tell stories. I loved to “connect” and the medium I found myself in was a great way to do it. I saw that characters could sum up a lot and I remembered how movies like “It’s A Wonderful Life” had made me feel as a young voyeur looking into a world filmed in black and white that was so full of color. It had meaning and gave me insight as I looked into that world from my sofa, decades after the story had been told.

When I was offered the job on Friends, I had no idea what it would come to mean. I was given the chance to be a part of something really big. Not just to me, but to millions of people all over the planet. None of it defined “me”, but all of it added up to the feeling that telling a story and the idea of connecting through characters was what I loved to do.”