Two-time Academy Award nominee Jeremy Renner leads an all-star cast in Kill the Messenger, a dramatic thriller based on the remarkable true story of Pulitzer Prize-winning journalist Gary Webb. In the 1990s, this dedicated reporter’s quest for the truth took him from the prisons of California to the villages of Nicaragua to the corridors of power in Washington, D.C. 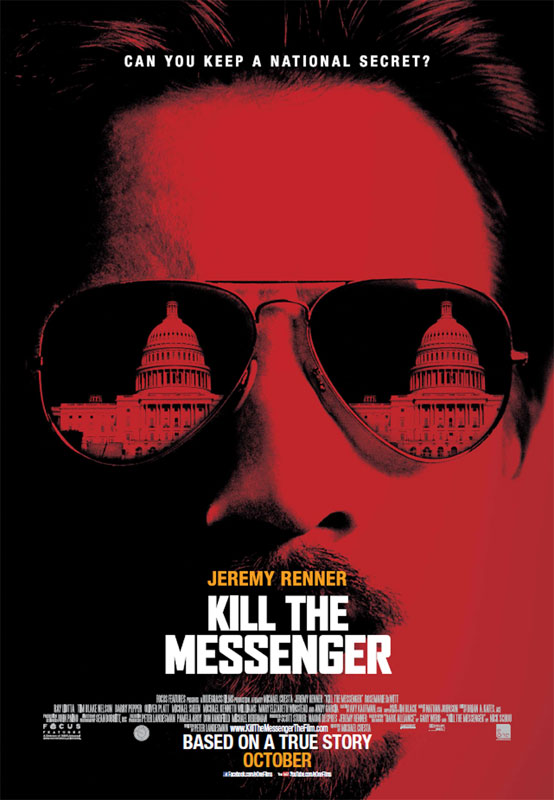 Journalist Nick Schou, the author of Kill the Messenger, one of the books on which the film is based, came into contact with Webb soon after the “Dark Alliance” series was published, since their investigative work overlapped.

“Kill the Messenger as a film is a political thriller but what Gary Webb uncovered and shared with the world still haunts us today,” says producer Scott Stuber. It has been a decade since he began developing the story as one of the first passion projects Stuber bought to produce after running production at Universal Pictures for eight years. Director Michael Cuesta comments, “Gary was like a Doberman. His scrappy, insistent way of getting at the facts, and his ardent belief in the public’s right to know the truth, was paramount to him.”

Incarnated on-screen by Jeremy Renner – also a producer of the movie – Webb was a respected, hard-charging investigative journalist who longed to land a career-making story. Kill the Messenger tracks Webb as he uncovers the “Dark Alliance” between drug dealers, a rebel army, and their Central Intelligence Agency handlers.

Cuesta worked closely with director of photography Sean Bobbitt (12 Years a Slave) to orient the audience perception to Gary’s gaining – or seeking to gain – forbidden access. The cinematographer would often circle an unfolding scene with a handheld camera, as Cuesta encouraged him to emulate the viewer’s perspective – but as if in the same room as the characters. The unobtrusive camera in concert with nimble blocking by Cuesta would enable the actors to get used to Bobbitt’s presence and the scenes being acted out would feel that much more real.

Michael Kenneth Williams, cast as Stateside drug kingpin Ricky Ross, had worked with both Cuesta and Bobbitt prior and points out that “Michael cares about the scene as well as the shot. He’s fun to work with because he loves actors and he’ll film things guerrilla-style, which Sean can do so well.”

Kill the Messenger was shot in Atlanta, GA. “I took particular pleasure in the amazing job that our crew did in depicting Panama,” states production designer John Paino. “They packed a lot of color and signage into a couple of blocks, so it felt full and rich.”

The former Georgia Archives building in Atlanta proved to be a veritable back lot for the production. The distinctive 14-story marble modernist gem, colloquially known as the “White Ice Cube,” provided rotating and re-dressed locales for the newsrooms of The Washington Post, the Los Angeles Times, and the San Jose Mercury News; CIA offices; and Webb’s own office. Other shooting locations included the suburb of Marietta; the Georgia State Capitol building; the vintage Douglas County Jail; and Red Top Mountain State Park.