Mark Robert Michael Wahlberg (born June 5, 1971) is an American actor, film and television producer, and former rapper. He was known as Marky Mark in his earlier years, and became famous for his 1991 debut as a musician with the band Marky Mark and the Funky Bunch. He was named No. 1 on VH1’s 40 Hottest Hotties of the 90’s. 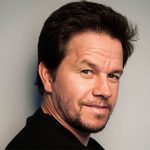 Wahlberg has played diverse characters for visionary filmmakers such as David O. Russell, Tim Burton and Paul Thomas Anderson. His breakout role in Boogie Nights established Wahlberg as one of Hollywood’s most sought-after talents.

In the early 90s Mark  Wahlberg dated former child actress Soleil Moon Frye.  Mark Wahlberg and model Rhea Durham have been together since 2001 and were married on August 1, 2009 at the Good Shepherd Catholic Church in Beverly Hills. The couple have four children.

Wahlberg’s remarkable film career began with Renaissance Man, directed by Penny Marshall, and The Basketball Diaries, with Leonardo DiCaprio, followed by a star turn opposite Reese Witherspoon in the thriller Fear.

Mark Wahlberg is a committed Roman Catholic, who attends daily Mass, credits his faith and a priest from his childhood for helping him turn his life around, and recognizes the seriousness of his faith. Actively involved in charity, Wahlberg established the Mark Wahlberg Youth Foundation in May 2001 for the purpose of raising and distributing funds to youth service and enrichment programs.

Mark Wahlberg has four tattoos done by various artists including Paul Timman. The tattoos include Sylvester the cat with Tweety Bird in his mouth on his ankle, a design of his initials “MW” with his surname “Wahlberg” on his upper right arm, and a Bob Marley tattoo with “One Love” on his upper left arm. The final tattoo, which Wahlberg holds as his most meaningful, is the rosary tattooed around his neck, with a crucifix and the words “In God I Trust” resting over his heart.

Mark Wahlberg’s filmography as an actor