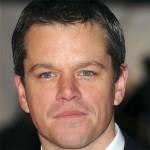 Matt Damon was the founder of H2O Africa Foundation, the charitable arm of the Running the Sahara expedition, which merged with WaterPartners to create Water.org in July 2009.

Matthew Paige “Matt” Damon (born October 8, 1970) is an American actor, screenwriter, producer, and philanthropist whose career was launched following the success of the drama film Good Will Hunting (1997) from a screenplay he co-wrote with friend and actor Ben Affleck.

Matt Damon was born in Cambridge, Massachusetts, the son of a stockbroker, and an early childhood education professor. His father is of Scottish and English ancestry, while his mother is of Finnish and Swedish descent. He and his family moved to Newton and lived there for two years. After his parents divorced, Damon and his brother moved with their mother back to Cambridge.

Matt Damon grew up near actor Ben Affleck, a close friend since childhood and collaborator on several films (Damon is Affleck’s tenth cousin, once removed, through a common New England ancestor). Another neighbor of Damon’s was historian and author Howard Zinn.

Hailing from Boston, Damon attended Harvard University and gained his first acting experience with the American Repertory Theatre. He made his feature film debut in Mystic Pizza, followed by roles in School Ties, Walter Hill’s Geronimo: An American Legend, and the cable projects “Rising Son” and Tommy Lee Jones’ “The Good Old Boys.” He first gained attention with his portrayal of a guilt-ridden Gulf War veteran tormented by memories of a battlefield incident in 1996’s Courage Under Fire.