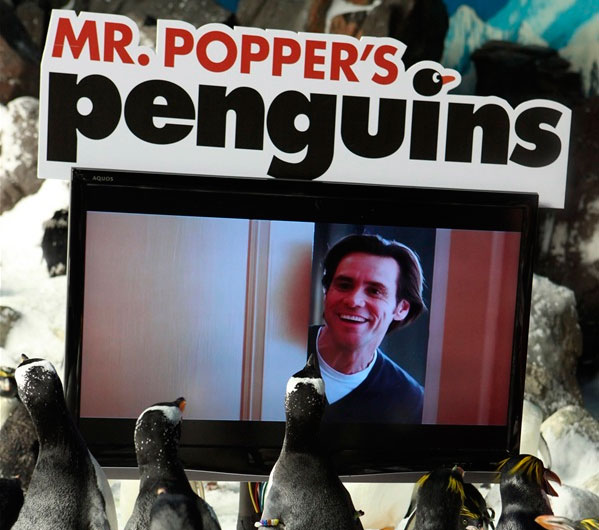 Mr. Popper’s Penguins is an action comedy film starring Jim Carrey, based on the children’s book of the same name. The film was originally slated for a release on August 5, 2011, but was pulled up to June 17, 2011. 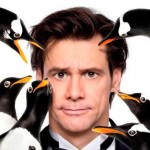 Jim Carrey is Mr. Popper, a driven businessman who is clueless when it comes to the important things in life—until he inherits six penguins. Popper’s penguins turn his swank New York apartment into a snowy winter wonderland—and the rest of his life upside-down. Filmed on a refrigerated soundstage with real Gentoo Penguins.

Originally Ben Stiller was going to play Mr. Popper, and Noah Baumbach was originally going to direct, however, they both dropped out. Owen Wilson, Jack Black and Jim Carrey were all considered to replace Stiller, with the role eventually going to Carrey.Mark Waters was chosen to direct. Filming began in October 2010 and finished in January 2011.

The first images from the set were revealed on November 11, 2010. On September 21, 2010, it was confirmed that Carla Gugino had joined the cast.

Mr. Popper’s Penguins is also  a children’s book written by Richard & Florence Atwater, originally published in 1938. It tells the story of a poor house painter named Mr. Popper and his family, who live in the small town of Stillwater in the 1930s. The Poppers unexpectedly come into possession of a penguin, then get a penguin from the zoo who mates with the first penguin to have 10 baby penguins. Before long, something must be done before they eat the Poppers out of house and home. This book is often included in the reading curriculum in grades 2, 3, or 4 of American elementary schools.