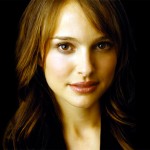 On the concept of the afterlife, Natalie Portman has said, “I don’t believe in that. I believe this is it, and I believe it’s the best way to live.”

Natalie Hershlag (Hebrew: נטלי הרשלג‎; born June 9, 1981), better known by her stage name Natalie Portman, is an actress with dual American and Israeli citizenship. Her first role was as an orphan taken in by a hitman in the 1994 French action film Léon. During the 1990s, Portman had major roles in films including Beautiful Girls and Anywhere but Here, before being cast for the role as Padmé Amidala in the Star Wars prequel trilogy. In 1999, she enrolled at Harvard University to study psychology while she was working on the Star Wars films. She completed her bachelor’s degree in 2003.

In 2001, Portman opened in New York City’s Public Theater production of Anton Chekhov’s The Seagull. In 2005, Portman received a nomination for the Academy Award for Best Supporting Actress as well as winning the Golden Globe Award for Best Supporting Actress – Motion Picture for the drama Closer. She shaved her head and learned to speak with a British accent for her starring role in V for Vendetta (2006), for which she won a Constellation Award for Best Female Performance, and a Saturn Award for Best Actress. She played leading roles in the historical dramas Goya’s Ghosts (2006) and The Other Boleyn Girl (2008). In May 2008, she served as the youngest member of the 61st Annual Cannes Film Festival jury. Portman’s directorial debut, Eve, opened the 65th Venice International Film Festival’s shorts competition in 2008.

Portman was born in Jerusalem, Israel.She is the only child of Shelley (née Stevens), an American homemaker who works as Portman’s agent, and Avner Hershlag, an Israeli citizen who is a fertility specialist and gynecologist.Portman’s maternal ancestors were Jewish immigrants to the United States, from Austria and Russia (her mother’s family had changed their surname from “Edelstein” to “Stevens”).Her paternal ancestors were Jews who moved to Israel from Poland and Romania. Her paternal grandfather, whose parents died at Auschwitz, was an economics professor in Israel, and her Romanian-born great-grandmother was a spy for British Intelligence during World War II.

Portman’s parents met at a Jewish student center at Ohio State University, where her mother was selling tickets. They corresponded after her father returned to Israel, and were married when her mother visited a few years later. In 1984, when Portman was three years old, the family moved to the United States, where her father received his medical training. Portman, a dual citizen of the United States and Israel,has said that although she “really love[s] the States… my heart’s in Jerusalem. That’s where I feel at home.”

Portman and her family first lived in Washington, D.C., but relocated to Connecticut in 1988, and then settled on Long Island, New York, in 1990.

Portman, who is an advocate for animal rights, has been a vegetarian since childhood.She became a vegan in 2009 after reading Jonathan Safran Foer’s Eating Animals. She does not eat animal products or wear fur, feathers, or leather. “All of my shoes are from Target and Stella McCartney,” she has said. In 2007, she launched her own brand of vegan footwear.

Natalie Portman has said that she feels more Jewish in Israel and that she would like to raise her children in the Jewish religion: “A priority for me is definitely that I’d like to raise my kids Jewish, but the ultimate thing is to have someone who is a good person and who is a partner.”

In 2011, Portman won the Academy Award, the Golden Globe Award, the Screen Actors Guild Award, and the BAFTA Award for her lead performance as Nina in Black Swan.