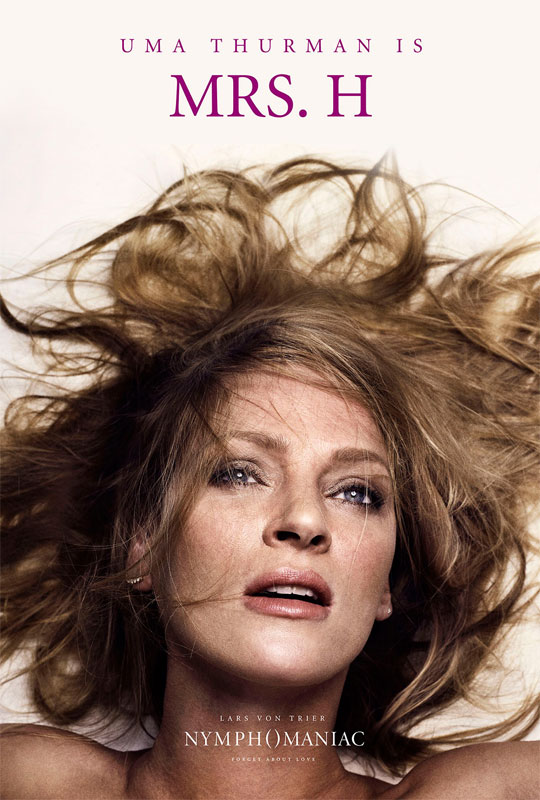 NYMPHOMANIAC: VOLUME II picks up with the story of Joe’s adulthood, where her journey of self-discovery leads to darker complications. The film stars Jamie Bell, Willem Dafoe, Mia Goth and Jean-Marc Barr in addition to Gainsbourg, Skarsgård, Martin and LaBeouf.

NYMPHOMANIAC: VOLUME I and VOLUME II mark Lars von Trier’s follow-up to his critically acclaimed film, MELANCHOLIA (released by Magnolia in 2011), and is his third consecutive collaboration with Charlotte Gainsbourg. As widely reported, the films contain graphic depictions of sexuality to a degree unprecedented in a mainstream feature film.

LaBeouf said in August 2012 that, “The movie is what you think it is. It is Lars von Trier, making a movie about what he’s making. For instance, there’s a disclaimer at the top of the script that basically says we’re doing it for real. Everything that is illegal, we’ll shoot in blurred images. Other than that, everything is happening. … on Trier’s dangerous. He scares me. And I’m only going to work now when I’m terrified.”

To produce scenes of unsimulated sex, von Trier used digital compositing to superimpose the genitals of pornographic film actors onto the bodies of the film’s actors. Producer Louise Vesth explained during the Cannes Film Festival: “We shot the actors pretending to have sex and then had the body doubles, who really did have sex, and in post we will digital impose the two. So above the waist it will be the star and the below the waist it will be the doubles.”

Gainsbourg and Martin further revealed that prosthetic vaginas and closed sets were used during filming. Martin stated that her acting experience for the film was enjoyable and, after explaining that the film’s characters are a reflection of the director himself, referred to the process as an “honour.”

Principal photography occurred between August 28 and November 9, 2012 in Cologne and Hilden, Germany, and in Belgium.