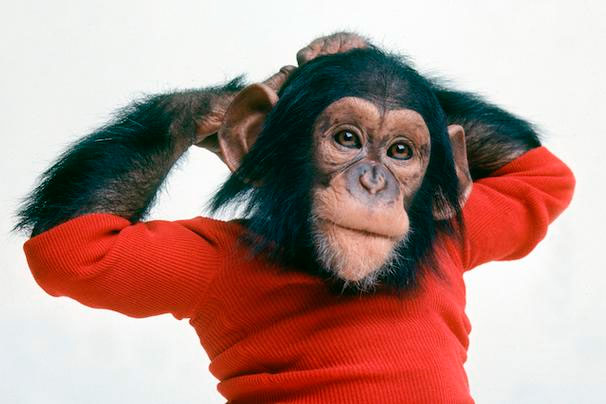 PROJECT NIM, a Discovery Productions documentary examining the controversy over the Nim study, examining if this was the case of an ape learning sign language or purely imitation. A BBC Films/ James Marsh documentary opened the 2011 Sundance Film Festival. 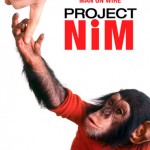 PROJECT NIM is the extraordinary story of Nim Chimpsky, the chimpanzee who in the 1970s became the focus of a landmark experiment which aimed to show that an ape could learn to communicate with language if raised and nurtured like a human child. Following Nim’s picaresque journey through human society, and the enduring impact he makes on the people he meets along the way, the film is an unflinching and unsentimental biography of an animal we tried to make human. What we learn about his true nature—and indeed our own—is comic, revealing and profoundly unsettling.

Project Nim was an attempt to go further than Project Washoe. Terrace and his colleagues aimed to use more rigorous experimental techniques, and the intellectual discipline of the experimental analysis of behavior, so that the linguistic abilities of the apes could be put on a more secure footing.

Roger Fouts wrote: “Since 98.7% of the DNA in humans and chimps is identical, some scientists (but not Noam Chomsky) believed that a chimp raised in a human family, and using ASL (American Sign Language), would shed light on the way language is acquired and used by humans. Project Nim, headed by behavioral psychologist Herbert Terrace at Columbia University, was conceived in the early 1970s as a challenge to Chomsky’s thesis that only humans have language.”

After his owners were reportedly going to sell Nim to a research lab, public involvement funded Nim’s retirement to the Black Beauty Ranch, operated by The Fund for Animals, the group led by Cleveland Amory, in Texas. Nim died at the age of 26 from a heart attack.