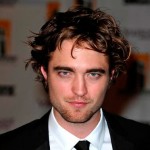 Robert Douglas Thomas Pattinson (born 13 May 1986) is an English actor, model, musician, and producer. Born and raised in London, Pattinson started out his career by playing the role of Cedric Diggory in Harry Potter and the Goblet of Fire.

His mother, Clare, worked for a modelling agency, and his father, Richard, imported vintage cars from the U.S.Pattinson has two elder sisters, singer Lizzy Pattinson, and Victoria Pattinson.Growing up in the Barnes suburb of London, he attended Tower House School until he was 12, and then the Harrodian School. He became involved in amateur theatre at the Barnes Theatre Company. He auditioned and was cast in a small role in Guys and Dolls. He next auditioned for Thornton Wilder’s Our Town and was cast as George Gibbs. He also played in Anything Goes and Macbeth.

Pattinson gained industry notice at 19 years of age when he joined the Harry Potter franchise in Mike Newell‘s Harry Potter and the Goblet of Fire, playing Cedric Diggory, Hogwarts’ official representative in the Triwizard Tournament.

In December 2009, Pattinson autographed a guitar to be auctioned off for charity. He also volunteered for the Hope for Haiti Now: A Global Benefit for Earthquake Relief in January 2010.

GQ and Glamour both named him the “Best Dressed Man” of 2010, with GQ stating, “Extremely elegant and inspiring, the true essence of a contemporary man.” In 2010, People also listed Pattinson in their “World’s Most Beautiful” issue.