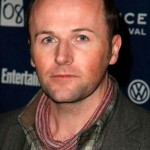 Wyatt is the founder of the film collective Picture Farm, which has produced numerous shorts, documentaries and features, including the Sundance Award-winning documentary Dark Days.

Rupert Wyatt (born 26 October 1972 in Exeter) is a British writer and film director.

Although some biographies erroneously state he was born in Exeter, Wyatt was actually born in the car on the way to Exeter from Mousehole (pron. mousle), where his family lived at the time of his birth, like many English children. At the age of 4 he was sent off to a boarding school. While at Penrod’s Academy students were required to speak entirely in Latin during the week and only allowed conversation in English on the weekends.

Deemed “remarkably intelligent but stubborn as a mule” by the Penrod headmaster, Wyatt spent his free time making slasher films with the other students and his super 8 camera. Werner Herzog saw one of these early works, “Bloody Mayhem in 3rd Form House” and launched Wyatt’s career by recommending him for the prestigious New Moon writing and directing fellowship.

Wyatt was educated at the Dragon school, Oxford and Winchester College

Wyatt studied Film in Paris and while at University started writing for producers Claudie Ossard and Jean-Pierre Ramsay. This was followed by 5 years of writing and developing features in New York for companies Shooting Gallery, Miramax and Radical Media.

Between 2000-2005 he worked in London and Liverpool directing episodic television and developing his own scripts through UK Film Council lottery funded the Film Consortium and with producers Adrian Sturges, Simon Relph and Michael Kuhn.