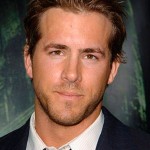 Ryan Rodney Reynolds (born October 23, 1976) is a Canadian actor. Ryan Reynolds was born in Vancouver, British Columbia, Canada. His father, Jim, is a retired Royal Canadian Mounted Police officer who later became a food wholesaler, and his mother, Tammy, is a retail salesperson. He is of Irish Canadian ancestry and was raised Roman Catholic. The youngest of four brothers, he graduated from Kitsilano Secondary School in Vancouver in 1994. He then attended Kwantlen College, also in Vancouver, until dropping out.

Ryan Reynolds’ career began in 1990 when he starred as Billy in the Canadian-produced teen soap Hillside, distributed in the United States by Nickelodeon as Fifteen. As an adult, Reynolds starred in the National Lampoon movie Van Wilder and the American television series Two Guys, A Girl and a Pizza Place, playing medical student Michael “Berg” Bergen. He also cameoed in Harold & Kumar Go to White Castle as a nurse, appeared in The In-Laws with Michael Douglas and Albert Brooks, as well as the Canadian production Foolproof.

Soon after the end of his relationship with Morissette, Reynolds began dating actress Scarlett Johansson in 2007 and the couple announced their engagement on May 5, 2008. They married on September 27, 2008, in a quiet ceremony near Tofino, British Columbia.On December 14, 2010, Reynolds and Johansson announced that they had separated.Reynolds filed for divorce on December 23, 2010 in Los Angeles. Johansson filed her divorce response simultaneously.