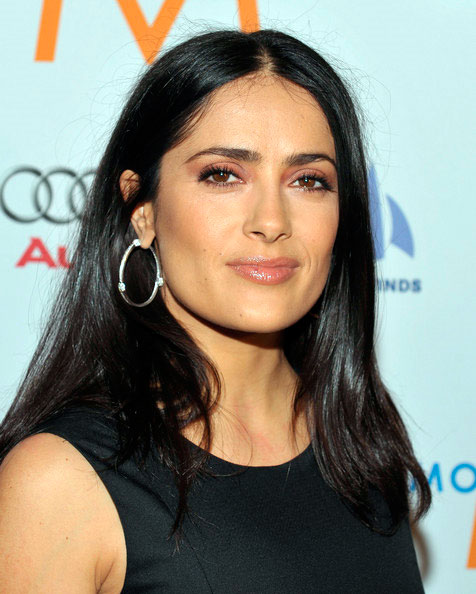 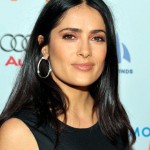 In July 2007, The Hollywood Reporter ranked Salma Hayek fourth in their inaugural Latino Power 50, a list of the most powerful members of the Hollywood Latino community. That same month, a poll found Hayek to be the “sexiest celebrity” out of a field of 3,000 celebrities (male and female);

Salma Valgarma Hayek Jiménez-Pinault (born September 2, 1966) is a Mexican actress, director and producer. She is one of the most prominent Mexican figures in Hollywood. She received a Best Actress Oscar nomination for her role as Frida Kahlo in the movie Frida.

Hayek was born in Coatzacoalcos, Veracruz, Mexico, the daughter of Diana Jiménez Medina, an opera singer and talent scout, and Sami Hayek Dominguez, an oil company executive who once ran for mayor of Coatzacoalcos.Hayek’s father is of Lebanese descent, while her mother is of Spanish descent. Her first given name, Salma, is Arabic for “safe”. Raised in a wealthy, devoutly Roman Catholic  family, she was sent to the Academy of the Sacred Heart in Grand Coteau, Louisiana, at the age of twelve. While there, she was diagnosed with dyslexia. She attended college in Mexico City, where she studied International Relations at the Universidad Iberoamericana.

At the age of 23, Hayek landed the title role in Teresa (1989), a successful Mexican telenovela that made her a star in Mexico. In 1994, Hayek starred in the film El Callejón de los Milagros (Miracle Alley), which has won more awards than any other movie in the history of Mexican cinema. For her performance, Hayek was nominated for an Ariel Award.

Hayek moved to Los Angeles, California in 1991 to study acting under Stella Adler. She had limited fluency in English, which was attributed to her suffering from dyslexia. Robert Rodriguez and his producer and then wife Elizabeth Avellan soon gave Hayek a starring role opposite Antonio Banderas in 1995’s Desperado.

Hayek is a naturalized United States citizen.   She dated actor Edward Norton between 1999 and 2003, and then Josh Lucas in 2003.

On March 9, 2007, Hayek confirmed her engagement to French billionaire and PPR CEO François-Henri Pinault as well as her pregnancy. On September 21, 2007, she gave birth to daughter Valentina Paloma Pinault at Cedars-Sinai Medical Center in Los Angeles, California. On July 18, 2008, Hayek and Pinault announced the end of their engagement. They later reconciled and were married on Valentine’s Day, 2009 in Paris. On April 25, 2009, they were married a second time in Venice.