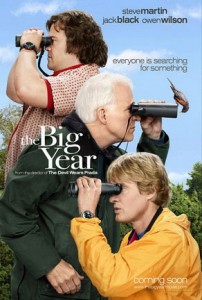 The Big Year, principal photography was done from May 3 to July 30, 2010 in Vancouver.

Steve Martin, Jack Black and Owen Wilson are at a crossroads — one is experiencing a mid-life crisis, another a late-life crisis, and the third, a far from ordinary no-life crisis.

From David Frankel, the director of “The Devil Wears Prada” and “Marley & Me,” comes a sophisticated comedy about three friendly rivals who, tired of being ruled by obligations and responsibilities, dedicate a year of their lives to following their dreams. Their big year takes them on a cross-country journey of wild and life-changing adventures.