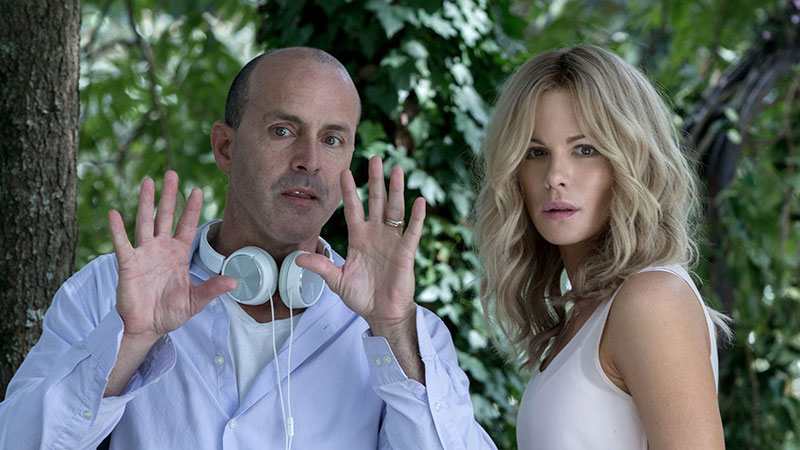 Dana (Kate Beckinsale) and David (Mel Raido) move from Brooklyn to a once-grand southern mansion with their five-year-old son looking for a fresh start. But Dana’s discovery of a secret room unleashes unexplainable events that test her sanity and slowly reveal the home’s terrifying past. 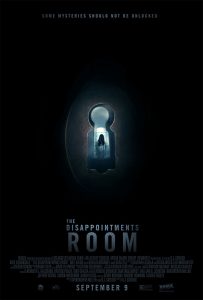 The film was inspired by the case of the Dumas family, who bought an older home in Rhode Island that had once belonged to a prominent judge in the community. The family discovered a room in the attic that had a metal floor, drain in the center and a padlock on the outside of the door. A local explained that the room was a “disappointments room” where unwanted children were kept, whether because of the shame attached to having a disfigured or ill family member or if the child was a danger to themselves or the community.

Writer/actor Wentworth Miller wrote the 2013 movie Stoker, catching the eye of producer Geyer Kosinski. “Wentworth told me about this movie just when he started to do research on it. I asked him to let me read the script once he had a draft because I knew he had talent,” says Kosinski.

Director D.J. Caruso’s interest was piqued.“It’s one of those stories where the audience gets to follow a character and see things through her eyes,” says director D.J. The film’s twists and turns leave viewers questioning what is reality and what is merely in Dana’s head. “One of the ways in which D.J. excels as a director is how he puts pieces of the puzzle together in ways where the audience is not quite sure what is happening,” says producer Vincent Newman.

To heighten the journey on which the audience is embarking upon with Dana, Caruso and director of photographer Rogier Stoffers tried to keep the camera with her character. That way, they are experiencing exactly what she is from the same point of view.

Known for “meticulous casting,” per producer Vincent Newman, director D.J. Caruso was especially careful when considering who would play Dana, as the film is told predominantly through her eyes. While Caruso wanted Kate Beckinsale for the part, he wasn’t sure if he could talk her into it. “There’s a huge emotional range her character goes through in the movie,” he said,“and she would have to really ‘throw down’ emotionally. It’s a fantastic showcase for her as an actress, and I’m really grateful she agreed to do it.”

Dana’s loving, if skeptical, husband David also required careful casting. Caruso turned to London-based Mel Raido to fit the bill. Although his extensive body of work hasn’t included many American films, Caruso found this to be advantageous. “I wanted a chameleon for the part,” he says, “and I didn’t want audiences to have preconceived notions of what his character was going to do. Mel brings incredible energy and optimism for the work.”

“It’s a silly thing of two English people doing American accents and then going home in their English accents at the end of the day,” laughs Beckinsale.

To round out Dana and David’s young family, Duncan Joiner boarded the project as Lucas, their young son. Caruso had the trio do extensive rehearsals together as well as spend time developing their rapport to be believable as a family unit.

Of course, no horror film is complete without a spine-tingling evil villain. Veteran character actor Gerald McRaney plays the formidable, hammer-wielding Judge Blacker. McRaney was attracted to the story because of the genre-crossing elements: “While there are elements of horror in the movie, it most definitely lands on the side of psychological terror which will have the audience leaving the movie theater arguing on whether what happened to Dana was real or merely in her mind,” he says.

The film shot for 36 days in September and October 2014 in Greensboro, North Carolina. Out of the entire shoot, 31 days took place in one location: the stately Adamsleigh Mansion.

While the house was not lived in at the time of filming (though a caretaker does live on property), production designer Tom Southwell and his team had to spend a number of weeks making the house appear rundown and the landscaping overgrown in order to reflect the setting needed for the film.

The disappointments room itself was built on the grounds of the property as a stand-alone set so that Caruso and Southwell could design it with exact specifications. As such a large portion of the film takes place in this space, the design had to allow enough character to percolate through what was essentially an empty space. “You want to be able to feel loss and sadness that this room represents without being cloying,” says Southwell.