In The Equalizer, Denzel Washington plays McCall, a man who believes he has put his mysterious past behind him to lead a quiet life in peace. But when McCall meets Teri (Chloë Grace Moretz), a young girl under the control of ultra-violent Russian gangsters, he can’t stand idly by – he has to help her. The movie is produced by Todd Black, Jason Blumenthal, Denzel Washington, Alex Siskin, Steve Tisch, Mace Neufeld, Tony Eldridge, and Michael Sloan. 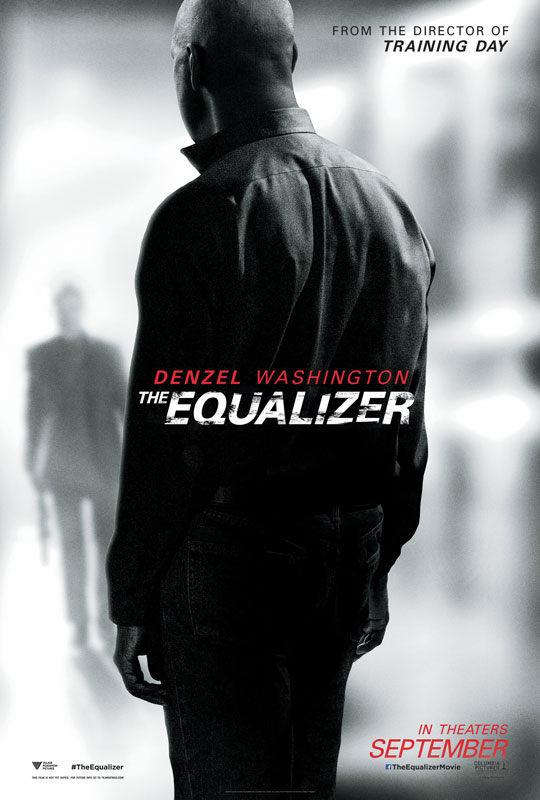 The film takes its title from the 1980s television series and shares its central premise – a man, highly trained, who can “equalize” the odds when they are stacked against the helpless.

Three days after giving Washington the script, the producers were on pins and needles, waiting to hear back, when Black’s phone rang. “It’s Denzel on the other end,” he remembers. “‘Todd,’ he says, ‘this is Robert McCall.’” In his role as a producer, Washington worked with writter Richard Wenk to realize the role he wanted to play. In seeking out a director, Washington was excited to be re-teaming with director Antoine Fuqua. After their experience together on Training Day, Fuqua says, it was clear that The Equalizer lent itself to a good match of actor and director.

Fuqua’s inspiration for the way he would shoot the action scenes with McCall was inspired by his interaction with real-life boxers. “I happen to have a very good friend who’s a great boxer – Sugar Ray Leonard,” he notes. “He’ll tell stories, and you’ll realize how smart a boxer can be. Sometimes they’ll touch you – hey, how you doin’ today? – and that’s their way of checking you out, seeing if you’re in shape, if they think you’re a threat. Or they’re watching you a certain way, to see how you move, how your body language is, what your strengths and weaknesses are. They can pick you apart. ”

“When I first heard that the character is a prostitute I thought that it would be a Taxi Driver type of role – pushing the boundaries a bit,” says actress Chloë Grace Moretz.  “But I was surprised.  The role doesn’t glorify prostitution nor make it cotton-candy.”

Once she had the role, Moretz researched the character’s background. “There are girls who have been brought into rings from all over – from Russia, from Scandinavia,” she says. “I went to an amazing organization called Children of the Night – girls from all over America call a hotline number and they’re off the streets and in a home that cares for them. I didn’t want to exploit these girls – I’m an actor portraying a role – but as a girl, I wanted to understand. Meeting those girls not only helped me to be Teri truthfully and show who she is, but it allowed me, as a 16-year-old girl, to feel grateful and to put a spotlight on the organization.”

Production designer Naomi Shohan says that a large part of her challenge on the film was creating sets that would carefully set up everything that McCall would need for the action sequences – without giving the game away – and then paying off that setup in the action sequences.