Directed and co-written by Thomas Vinterberg, The Hunt is a disturbing depiction of how a lie becomes the truth when gossip, doubt and malice are allowed to flourish and ignite a witch-hunt that soon threatens to destroy an innocent man’s life. 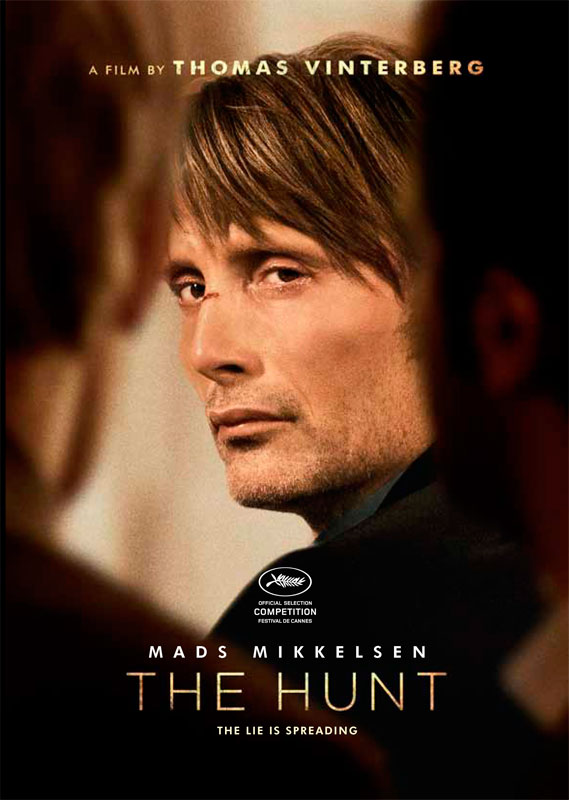 The Hunt was produced by Zentropa for 20 million Danish kroner. The film had its premiere on 20 May at the 2012 Cannes Film Festival, as the first Danish-language film in the main competition since 1998.

Mads Mikkelsen won the Best Actor Award at the 2012 Cannes Film Festival for his penetrating portrayal of Lucas, a former school teacher who has been forced to start over having overcome a tough divorce and the loss of his job.

Co-founder of the Dogme movement and director of award-winning international hit FESTEN, Thomas Vinterberg delivers yet another powerful drama that is sure to leave its mark. The Hunt, which was co-written by Vinterberg and Tobias Lindholm, won the 2012 European Film Awards Best Screenwriter prize and was nominated for prizes in a number of other categories, including Best Film, Director and Actor.

The Hunt is produced by Morten Kaufmann and Sisse Graum Jørgensen for Zentropa Entertainments in co-production with Film I Väst and Zentropa International Sweden with support from The Danish Film Institute, DR, Eurimages, Nordisk Film & TV Fond, Svenska Film Institutet, SVT and the MEDIA Programme of the European Union.

On a dark winter’s night in 1999, there was a knock on my door. A renowned Danish child-psychologist stood outside in the snow with some documents raving about children and their fantasies. He spoke about concepts such as “repressed memory,” and even more disturbing, about his theory that “thought is a virus.” I didn’t let him in. Didn’t read the documents. Went to bed.

Ten years later I needed a psychologist. I called him, and as a belated form of politeness, I read the documents. And was shocked. Spellbound. And I felt that here was a story that needed to be told. A story of a modern-day witch-hunt. THE HUNT is the result of this reading.