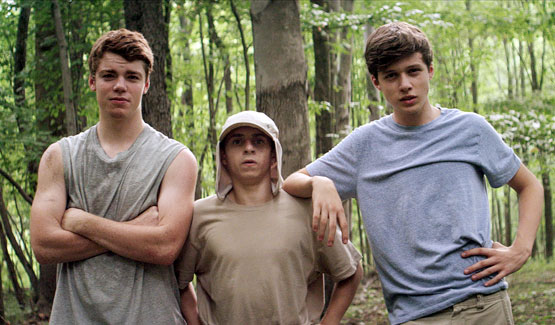 The Kings of Summer is a unique coming-of-age comedy about three teenage friends – Joe (Nick Robinson), Patrick (Gabriel Basso) and the eccentric and unpredictable Biaggio (Moises Arias) – who, in the ultimate act of independence, decide to spend their summer building a house in the woods and living off the land. 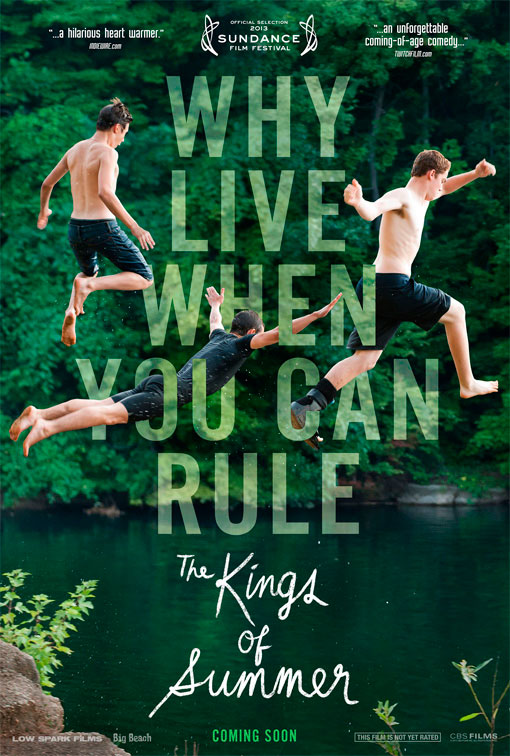 The Kings of Summer’s most crucial location is the home built by Joe, Patrick and Biaggio. It was important to Vogt-Roberts that the functional, free-standing structure didn’t look like a product of “movie magic.”

The Kings of Summer began in the imagination of writer Chris Galletta, who penned his script during his off hours while he was working in the music department of “The Late Show with David Letterman.” After some false starts in screenwriting, Galletta shunned his impulse to write a high-concept tentpole feature and craft something more character-driven and personal. He returned to his childhood in Staten Island for inspiration, recalling memories of a friend who had the run of his primarily absent parents’ home. The logical extension of that idea was to have kids build their own house and live  in it.

With that very simple idea, the screenplay for The Kings of Summer was born. Although the story was inspired by his own youth, Galletta researched almost all of the film’s survivalist elements.

Director Jordan Vogt-Roberts immediately fell in love with Galletta’s hilarious and heartbreaking coming-of-age story. Vogt-Roberts responded to the material on a very personal level, recognizing the universality of the difficulties of adolescence. “That was the most painful, awkward, terrible time in my life, but it’s what makes you who you are. How you go through that part of your life is largely how you go through the rest of your life,” Vogt-Roberts comments.

Production commenced in the summer of 2012 in the town of Chagrin Falls, a suburb of Cleveland, Ohio. Chagrin Falls also happens to be the hometown of The Kings of Summer producer Tyler Davidson.