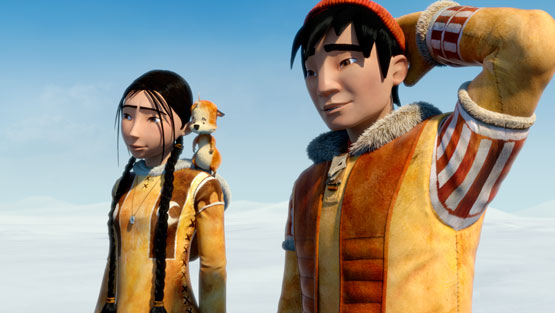 This is the story of a voyage of initiation in which three young Inuit go in search of Sarila, a  promised land, hoping to save their clan from famine. It is also the story of a fight to the death between two shamans, the young Markussi who finds Sarila and the aged Kiliq who feels that his power is threatened. 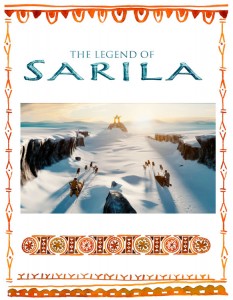 Sarila is high energy entertainment for the entire family. By bringing together the key elements of great storytelling it becomes an animated feature film designed for multi-generational co-viewing. Sarila appeals to audiences of all ages.

Far North. Autumn 1910. An encampment of Inuit nomads is threatened by famine and the  situation is growing dire. Day after day, the hunters return empty-handed. The tribe’s aged shaman, Kiliq, is unable to solve the problem. The clan’s wise woman, Saya, recalls the legend of Sarila, a promised land hidden among the glaciers, where wild game is said to be plentiful.  Legend has it that only those with pure hearts may enter this hallowed place.

Sarila has been a ten year labour of love for Producer/Director Nancy Savard. The story of a legendary land in the far north was first brought to her by writers Roger Harvey and Pierre Tremblay; Pierre had lived in the arctic for many years and fallen in love with Inuit culture. Savard embraced the story and brought on Phillipe Arsenault Buissière to begin the design work. It wasn’t long before CarpeDiem came onboard as Producer with their experienced finance/production/creative partners Marie-Claude Beauchamp, Normand Thauvette and Paul Risacher. Development moved into high gear and the ultimate challenge of raising $8.2 million for the production was finally achieved.

In today’s global film production world, it is unusual to produce an animated film of international quality and appeal entirely in one country, but to finance it 100% in Canada as well is a rare feat. Sarila rings the bell on both accounts.

Sarila will be Canada’s first 3d animated stereoscopic feature film. Production has begun at Modus FX where they have assembled a team of the most experienced and talented animators, artists and technical wizards to bring the story to life.