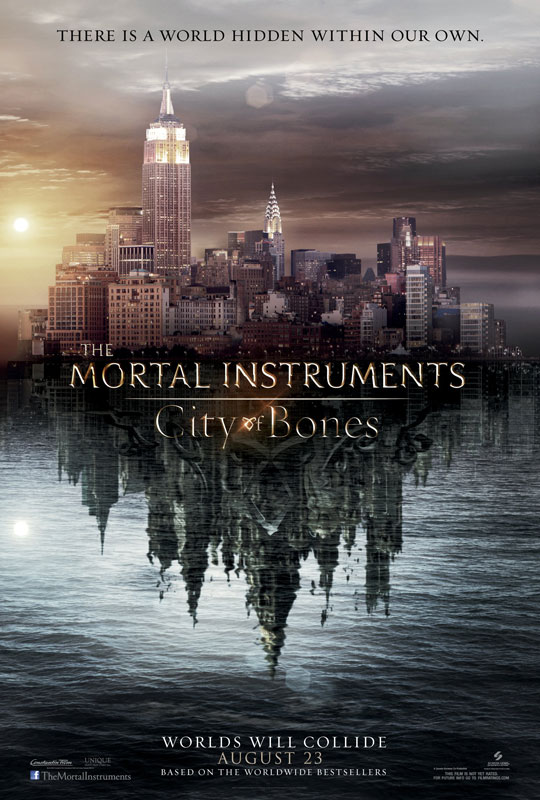 In 2007 author Cassandra Clare introduced young adult readers to the reluctant warrior, Clary Fray, in The Mortal Instruments: City of Bones, the astonishing first entry in what would become a fantasy-adventure empire. The Mortal Instruments: City of Bones was optioned for film in 2009, something Clare says she dreamed of but never thought would really happen. “It’s been quite a journey from the kernel of the idea of the book to the production of the film,” Clare says. “And it’s been surreal. When you write a book, you hope maybe someday it’ll be a movie, but you don’t count on it. I still can’t quite believe it.”

In casting key roles, the filmmakers relied heavily on fan input for guidance. “The name we heard over and over again was Robert Sheehan,” says producer Robert Kulzer.

Lily Collins had played just two small film roles when she was cast as Clary Fray, the Brooklyn teen who comes into her own as a supernatural warrior in The Mortal Instruments: City of Bones. Even so, the word was out in Hollywood that she was a young actress to watch. “We thought she would potentially be a great Clary,” says Kulzer. “When we experienced some unexpected delays, she was offered the lead in Mirror, Mirror, and she took it. That turned out to be a total blessing for us, because all of a sudden she was starring opposite Julia Roberts.”

With a mandate from the director to emphasize the use of three-dimensional settings over green-screen re-creations, production designer François Séguin used a combination of practical locations in metropolitan Toronto, and specially-built sets on the Cinespace Film Studio stages to stand in for the New York City settings. Over the course of the 12-week shoot, Séguin, his supervising art director Anthony Ianni and their team designed, constructed and dressed over 50 different sets, one of the most important of which is the Shadowhunters’ safe haven, the Institute.