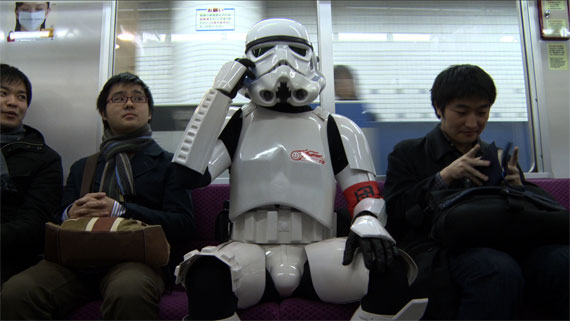 Revered by some, feared and demonized by others, George Lucas is undoubtedly one of the most passionately debated and vilified filmmakers in movie history. Why have so many of his original fans turned against him to decry the release of the Special Editions and the Prequel Trilogy? 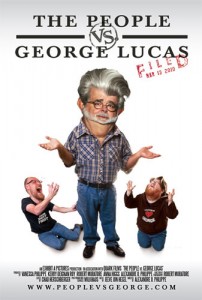 The People vs. George Lucas combines filmmaker and celebrity interviews with fan films which were submitted via the film’s site

Why is he still the recurring target of bloggers, critics and self-proclaimed devotees? And why are millions of others staunchly prepared to defend him in the face of innumerable allegations?

The People vs. George Lucas explores the titanic struggle between a Godlike filmmaker and his legions of fans over the most popular franchise in movie history. The film combines key testimonies from the likes of Gary Kurtz (Producer of American Grafitti, Star Wars and The Empire Strikes Back), Neil Gaiman (The Sandman, American Gods), Dave Prowse (aka Darth Vader), Anthony Waye (Executive Producer of the Bond franchise), and Dale Pollock (George Lucas’s Biographer, Author of Skywalking) with fan footage from around the globe, and impassioned testimonies from George’s staunchest fans and foes.

A tribute to the YouTube generation, this unique participatory documentary examines and articulates the many contentious issues that have become an integral part of the Star Wars mystique, and deconstructs George Lucas’s cultural legacy through the prism of his fans. Fundamentally, The People vs. George Lucas is about how new media interacts with old media, as well as ownership and copyright in the digital age.

As an ardent Star Wars fan and collector, Film Director Alexandre O. Philippe has found himself engaged in numerous debates about George Lucas’s legacy and the cultural relevance of the many debates surrounding the Star Wars franchise. While enjoying a crew meal on location in Waco, TX, for a commercial shoot, Philippe found himself in another impassioned debate with Robert Muratore, Director of Photography. “I had the title in my head for years,” recollects Alexandre, “but it really came to life during the summer of 2007. Robert seemed really enthusiastic about making this film, and he’s the one who convinced me to move forward with it.”

Documenting the single most peculiar relationship between a popular artist and his fans called for a participatory approach. We are talking about a dominant cultural debate that refuses to die, and about one of the most powerful and influential filmmakers in the history of our medium—a man who defied the system against all odds and revolutionized the industry. The project’s open call for contributions led to thousands of fan emails and submissions, including puppet skits, 3D animation, claymation, grindhouse commercials, vintage 8mm films, hours and hours of webcam rants, fanedits, fan vids, and even kids’ drawings.