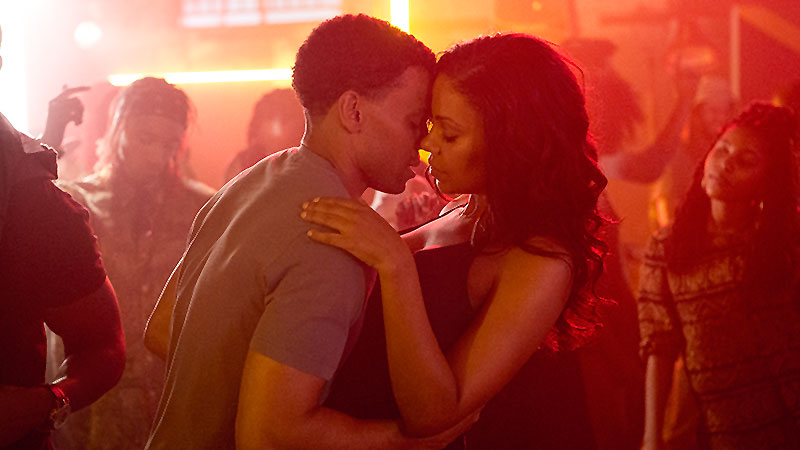 Leah Vaughn (Sanaa Lathan) appears to have the ideal life. She enjoys a challenging, fast-paced career as a lobbyist; Dave (Morris Chestnut), her longterm boyfriend loves her. And yet … she’s ready to move to the next phase. Marriage and a family seem a logical and welcome step, but Dave is not so sure. A bit commitment phobic, his misgivings lead to a painful break up.Enter Carter Duncan (Michael Ealy), a handsome, charming stranger whose path keeps crossing with Leah’s. Caring and solicitous of Leah and her family and friends, their relationship rapidly progresses. 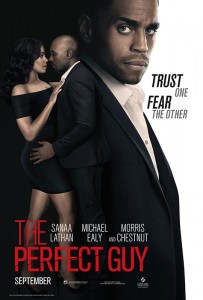 Some of director David M. Rosenthal’s inspiration initially came from music, painting and photography, all of which found their way into the film’s aesthetic.

The Perfect Guy, a contemporary thriller, marks director David M. Rosenthal’s first studio movie but in many ways he was the ideal choice. His most recent movie A Single Shot won praise for its moody, atmospheric suspense; Time Out NY called it “… expertly rendered white-trash noir … impressively dark through the very end.”

The Perfect Guy is anchored by the intense, passionate, volatile and ultimately dangerous relationship between Leah and Carter. Sanaa Lathan, a Yale-educated, Tony Award-nominated actress, had to call on all her prodigious talents to inhabit Leah. “What is interesting about Sanaa, for all the different roles she has played in her career, she’s not known particularly as a tough girl but in this movie, she has to take over. It was great to work with her, she raised the bar for everyone, including me,” Rosenthal says.

What happens to Leah comes in the form of Carter, the alleged Perfect Guy, played by Michael Ealy. “When the premise involves a woman meeting a man who is charming, good looking and hypnotic, you can’t get much better than Michael.” Rosenthal describes. Ealy eagerly delved into Carter’s dark side, in an effort to create a character whose motivation was not just creepy but authentic.

“One of my favorite parts of this particular role was the research – understanding the specific characteristics, what the difference is between someone who’s bipolar versus someone who’s sociopathic” Ealy describes.

Morris Chestnut plays the steadfast Dave. While both Chestnut and Ealy have worked with Lathan, The Perfect Guy marks the first time all three have appeared in the same movie. Although Rutina Wesley, as Alicia, and Kathryn Morris, who plays Karen, worked less than a week on the film, their roles as Leah’s best friends were pivotal.

“The Perfect Guy” shot for 34 days all around Los Angeles and the city was a big part of the film’s DNA, as it has been for many films in this category. Rosenthal also used Los Angeles architecture to underscore Leah’s increasingly exposed vulnerability. In particular, an abode in the Hollywood Hills at the top of Nichols Canyon Road – literally, a glass house – offered the perfect setting for the showdown between Leah and Carter.