No one really knows the power of the private dreams inside our heads  . . . until they inspire our reality.  That’s what happens in Ben Stiller’s contemporary rethink of one of the most influential fantasy stories of all time – indeed the quintessential tale about the irresistible allure of fantasizing: James Thurber’s The Secret Life of Walter Mitty.  Stiller has taken that two-and-a-half page 1939 classic and opened it up into a 21st Century comic epic about a man who finds that his real life is about to blow his wildly over-active imagination out of the water. 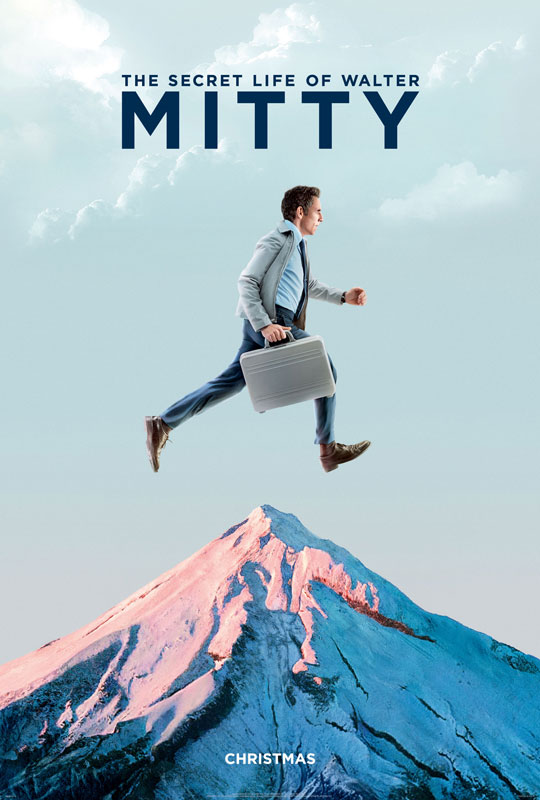 The exuberant hilarity and bittersweet poignancy of people chasing crazy dreams has always underscored Ben Stiller’s comedic storytelling approach. Stiller’s Mitty is very much a man of our times.  Like so many of us, he feels hemmed in by an increasingly depersonalized, electronic world that is rapidly changing everything – one that is making his very way of life obsolete.

The meshing of material, director and actor was especially vital to the film’s producers: John Goldwyn and Samuel Goldwyn Jr., respectively the grandson and son of Samuel Goldwyn, who produced the 1947 version of The Secret Life of Walter Mitty directed by Norman Z. McLeod; and Stuart Cornfeld, who has collaborated with Stiller on many of his films including Zoolander and Tropic Thunder.

It would take many years and a quixotic quest to wrangle the rights and develop the film through myriad incarnations.  Things began to change, however, when John Goldwyn met with screenwriter Steven Conrad. When Conrad’s first draft came in, Goldwyn sensed right away that it was not going to be your everyday high-concept comedy.  “It was very unique. It is not like anything we’d ever had before.  It bore no similarity, really, to the first movie other than the idea that it was about a daydreamer.  It was so original, there was really nothing to compare it to.  And everybody was very excited about that.”

Screenwriter Steven Conrad was exhilirated by the challenge of taking on James Thurber’s literary hallmark from the POV of a very different generation.  He says he wanted “to re-conceptualize the classic idea of Walter Mitty as a guy with all the kaleidoscopic colors of modern life.”

While Walter Mitty ponders the problems with his eHarmony profile, his romantic dreams hone in on his co-worker in accounting – the easy-going Cheryl.  The filmmakers cast one of today’s most intriguing comediennes:  Kristen Wiig for the role. Taking the role of Ted Hendricks, Walter Mitty’s greatest nemesis, is Adam Scott. “In real life, Adam is just the sweetest, nicest guy,” says Kristen Wiig.  “But in this movie he’s the biggest douchebag.  And he’s so good, he makes that a lot of fun.”

For all his fantasies of becoming a hero, Walter Mitty has his own very real hero:  the famed LIFE photographer Sean O’Connell. It seemed just the right match to cast Oscar®-winning actor and director Sean Penn in the role of the mysterious icon who beckons Walter Mitty into the big, wide open world.

The constant yin and yang of dreams and reality in The Secret Life of Walter Mitty made for an extremely ambitious production – one which would take on the rigors of shooting in the middle of New York City then jet off to the other-worldly environs of Iceland, where cast and crew moved from volcanoes to helicopters to the middle of the frosty ocean