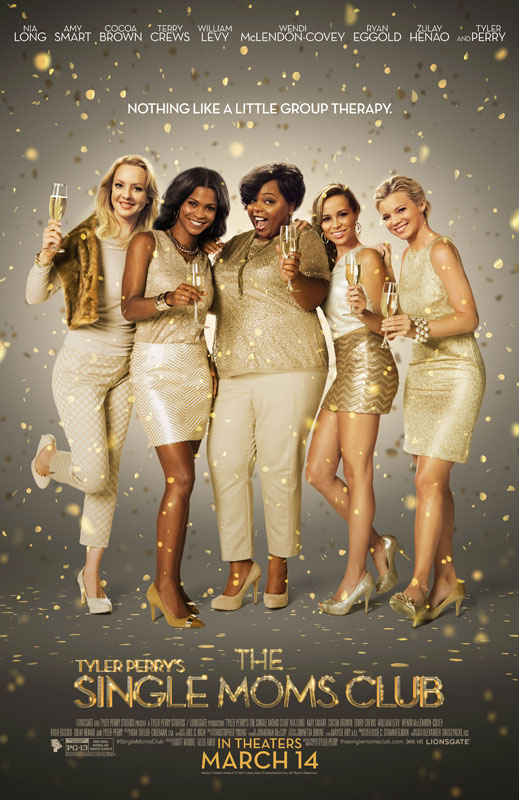 Perry and his filmmaking team hope the Single Moms Club model might even inspire other single mothers to form clubs of their own.

Perry’s spirited comedy follows five single mothers from very different walks of life whose children – thanks to a generous scholarship program – all attend an exclusive prep school called West Merryville. The mothers range from a white alpha-female career woman to an African-American fast food worker; but they find themselves united through a stroke of bad luck: each of their children has been caught for infractions – smoking, tagging graffiti – at their school.

Finding the perfect cast to play this singular group was one of the principal challenges of production, primarily because the script’s five plum roles were in such high demand by actresses. Recalls producer Matt Moore, “We spent a lot of time just trying to whittle our options down and find the actresses who not only would be great in the roles, but would also be great with each other.”

Anchoring the cast as May, the “nucleus” of the group, is actress Nia Long, known to audiences for her work in films such as Boyz N The Hood and Love Jones. Long had no trouble relating to the young actor playing opposite her… since he’s her own 12-year-old son, Massai Dorsey, Jr. It was Long who suggested to Perry that Massai audition for the role of Rick, but it was Massai who won the part based on his impressive audition tape.

Celebrated comedienne Wendi McLendon-Covey, known to many for her break-out work in the hit comedy, Bridesmaids, brings a high-wire, comic intensity to Jan, a goal-oriented career-woman. Jan could easily claim the title of alpha dog in the Single Moms Club if it weren’t for Lytia. A brazen, take-no-prisoners mother of five barely making ends meet on minimum wage, Lytia is brought to life with comic gusto by actress and stand-up comedian, Cocoa Brown. Explains Perry, “Lytia is the soul of the movie in that she represents that hard working woman who is down at the bottom and trying to juggle and maintain it all at the same time.”

Lytia is just as opinionated and obstinate when it comes to her love life, which involves an amorous war of attrition with Branson, played by Terry Crews. Filming the pair’s love scenes involved an added dimension of comedy since Terry Crews and Brown’s husband are good friends. Says Brown, “It was pretty hilarious having to do those scenes with Terry knowing that my husband is literally on the phone afterwards like, ‘So what did he do? Did he give you tongue?’”

Rounding out the Single Moms Club is Esperanza, a beautiful, divorced Latina mother played by Zulay Henao who longs for her freedom but finds herself dependent on her ex-husband, Santos.