The all-new motion picture The Three Stooges is a contemporary take on a trio of boneheads, recreating the classic and iconic Stooge sound effects (including “boinks,” finger-snaps, and palm claps), haircuts and other Stooge-isms, with modern-day attitudes, situations and pop culture references. 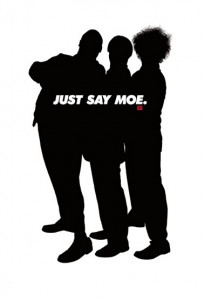 Principal photography on THE THREE STOOGES began in May 2011, on location in the greater Atlanta area. The company concluded filming on July 22 at the popular marine life park, Miami Seaquarium, in Florida

In the film, we meet the Stooges as newborn “angels from heaven.” That’s how the nuns characterize the three toddlers left at their orphanage. Never mind that one infant is sporting a bowl-shaped haircut, the second has two shocks of bushy hair sprouting from a bald pate, and the third rocks a retro-crew-cut. But when one of the nuns, Sister Mary-Mengele, receives a fierce eye-poke from Moe, which catapults her into the next county, they suspect the new arrivals are anything but heavenly.

Starring as the troika of knuckleheads are Emmy® and Tony® Award-winner Sean Hayes (“Will & Grace” ), who portrays the balding, sour-faced, bushy-haired Larry; Will Sasso (“MADtv”) as the rotund funnyman Curly, whose trademark “nyuk-nyuk-nyuk” usually invites a physical outburst from older brother Moe; and Chris Diamantopoulos (“24,” “The Kennedys”) as Moe, the dark-haired leader of the farcical trio known for his distinctive bowl-style haircut and intolerant ire.

THE THREE STOOGES was made because the cast and filmmakers love the original trio’s work. The Stooges, says co-writer/director Peter Farrelly, “are three of the funniest guys who ever lived. We wanted to honor them by doing this movie.”

Given the Stooges’ iconic stature, casting the three principals was a formidable task. A unique chemistry was required because, says co-writer/director Bobby Farrelly, “They’re always beating the crap out of each other.”

Moe, says Peter Farrelly, “is the leader. He comes up with the ideas. Curly is the big funny guy that makes the other two laugh. Larry is a blend between Moe and Curly. Sean Hayes, Will Sasso, and Chris Diamantopoulos synched right up with the original Stooge characters.”

One additional element was critical to bringing the Stooges to life — the familiar sound effects (“Boink!”) that take the trio’s hijinks to new heights of hilarity. To recapture that aural magic, the filmmakers recreated the classic sound effects from the old two-reelers. The Farrellys, along with their longtime film editor Sam Seig, worked closely with John Larsen, a veteran sound editor whose 90 film and TV credits include “Back to the Future” and “Master and Commander: The Far Side of the World,” to recreate the classic sounds that amplify the film’s slapstick moments.