The Tree of Life is a 2011 American drama film featuring some surreal and sci-fi elements, written and directed by Terrence Malick, and starring Brad Pitt, Sean Penn and Jessica Chastain. The film is scheduled to premiere In Competition at the 2011 Cannes Film Festival. 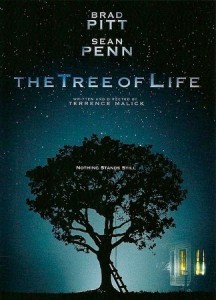 The namesake of the film is a large live oak tree that was excavated from property a few miles outside Smithville. The 65,000 pound tree and root ball was trucked into Smithville and replanted.

Terrence Malick pitched the concept of The Tree of Life to River Road Entertainment head Bill Pohlad while the two were collaborating on an early version of Che. Pohlad recalls initially thinking the idea was “crazy”, but as the film concept evolved, he came to feel strongly about the idea. The Tree of Life was announced in late 2005, with Indian production company Percept Picture Company set to finance it and Donald Rosenfeld onboard as producer. The film was set to be shot partially in India, with pre-production scheduled to begin in January 2006. Colin Farrell and Mel Gibson were at one stage attached to the project. These plans did not come to fruition.

In October 2007, Bill Pohlad announced plans to produce the project through River Road. Sean Penn and Heath Ledger were involved in talks to star.In December 2007, Brad Pitt was reported to be in talks to replace Ledger, while Penn remained attached in a supporting role for the film. Jack Fisk is reported to have done research for the film at the Metropolitan Museum of Art.

In an October 2008 interview, production designer Jack Fisk, a longtime Malick collaborator, suggested that the director is attempting something radical.He also implied that details of the film are a close secret. In early March 2009, visual effects artist Mike Fink revealed to Empire Magazine that he was working on scenes of prehistoric Earth for the film. The similarity of the scenes Fink describes to descriptions of a hugely ambitious project entitled Q that Malick worked on soon after Days of Heaven has led to speculation that The Tree of Life is a resurrection of that abandoned project. The website aintitcool.com has since reported that the prehistoric scenes are being filmed for a separate, IMAX-specific project “depicting the birth and death of the universe.” That film is being described as “not narratively connected” to The Tree of Life; rather they are “thematically complementary pieces.” In a March 2011 interview, the visual effects supervisor, Dan Glass, stated that the film would feature microbial and astronomical imagery, along with dinosaurs. He summarized the film as “a very powerful movie about memories, emotions, and our place in the world.”

From Terrence Malick, the acclaimed director of such classic films as Badlands, Days of Heaven and The Thin Red Line, The Tree of Life is the impressionistic story of a Midwestern family in the 1950’s. The film follows the life journey of the eldest son, Jack, through the innocence of childhood to his disillusioned adult years as he tries to reconcile a complicated relationship with his father (Brad Pitt). Jack (played as an adult by Sean Penn) finds himself a lost soul in the modern world, seeking answers to the origins and meaning of life while questioning the existence of faith. Through Malick’s signature imagery, we see how both brute nature and spiritual grace shape not only our lives as individuals and families, but all life.